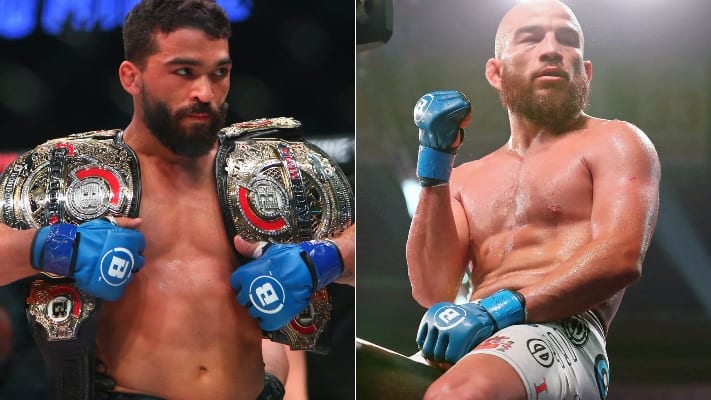 Freire will be defending his 145-pound title against Juan Archuleta from The Forum in Inglewood, California on September 28 a source has confirmed to LowKickMMA. The news was first reported by ESPN’s Ariel Helwani. The bout will be part of Bellator‘s 16-man Featherweight World Grand Prix tournament.

“Pitbull” comes off a first-round TKO victory over Michael Chandler at Bellator 221 in May. With the win, Freire captured the Bellator lightweight title as well. The Brazilian is currently on a four-fight win streak. As for Archuleta, he’s on something of a roll himself. He’s on an 18-fight win streak since suffering his last defeat in 2015 after a recent knockout victory over Eduardo Dantas at Bellator 221.

Now, he’ll get the opportunity to capture the first major world championship of his mixed martial arts (MMA) career. Of course, he’ll have no easy task against Freire, who is no doubt one of the best fighters the lighter weight classes of MMA has ever seen.

We’ll keep you updated as more fights continue to be announced for the Bellator Featherweight Grand Prix tournament.

What do you think about the matchup between Freire and Archuleta?