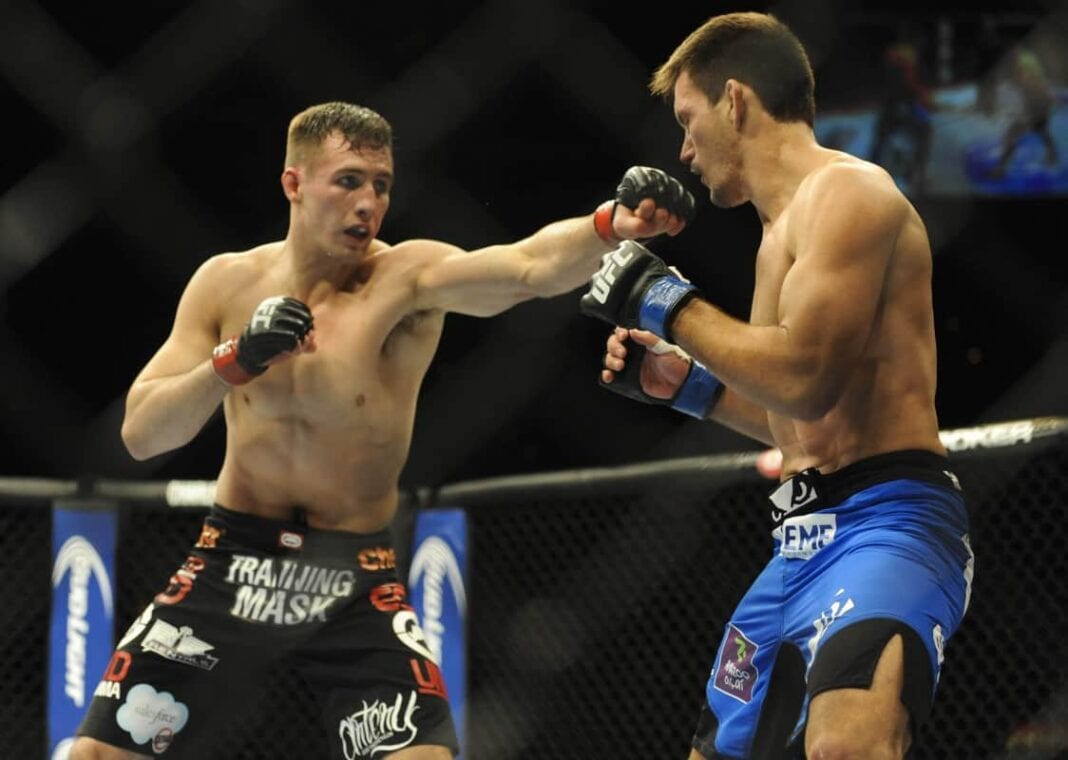 Rory MacDonald finally made his way to a UFC title shot, after squeezing a sponge in Canada….

Number one UFC welterweight contender Rory MacDonald is really coming of age in his fighting career, after long being pegged for title glory. Now 25 years old and having fought since 16, “Ares” is looking like a complete fighter. His most recent win was an impressive TKO over Tarec Saffiedine at Fight Night Halifax, and it secured the young Canadian the next shot at the title.

MacDonald is scheduled to face JT Torres at Metamoris 5 as he waits for Robbie Lawler and Johny Hendricks to rematch, and he tells MMAFighting.com that he is serious about his booking against world champ JT:

“I never go in to anything with a losers mind set. I plan on winning, taking this guys food. Obviously I want to have fun, but I’m definitely going there to win. He’s good, but I know I’m good too, so I’m going to impose my will on him. Jiu Jitsu is super-popular, it’s growing.””

The subject then returned to MMA, as MacDonald was asked about which fighters he likes to watch on TV:

“”Conor McGregor, I’m really impressed by him. He is on the cutting edge of stuff; his movement and striking, I want to emulate him for sure. I’m like ‘maybe I can try that, or work that a bit’. He is doing the right thing to get noticed quick, but I think he would’ve done it anyway with his skill set. His movement and confidence, and there is a lot of technical stuff he does with his striking.”

It’s hard to deny the fact that Conor McGregor is taking the UFC by storm, and a compliment from such a technical fighter as “The Canadian Psycho” is testament to the Irishman’s skill. The subject then moved to his most recent bout, and how he felt going in to face Tarec Saffiedine:

READ:  Conor McGregor and Ali Abdelaziz Go at It in Recent Twitter Spat

“I tried not to think about (needing a finish), I just went in there and tried to be the best I can. I was so hungry, and I’m hungrier than I’ve ever been this year. I feel like a lion, no-one can stop me. I made some mental adjustments. I’m going for that belt, and nobody is going to stop me.”

“A lot of people are saying I’ll be fighting for the belt in March, but you have to wait and see to see if they have any injuries. I’ll be there for the fight at UFC 181, but I don’t want to go in the cage afterwards, unless the UFC wants me to.”

It’s been a long road for MacDonald when you consider that he has a 9-2 UFC record. Wins over BJ Penn, “Sponge”, Jake Ellenberger, Tyron Woodley, Nate Diaz and Demian Maia may just make “Ares” the hardest working contender in recent times. Do you think Rory MacDonald will be a UFC champion, or will Robbie Lawler/Johny Hendricks teach the young buck a lesson?

READ:  Conor McGregor Tells Nate Diaz: 'Know Who Made You'