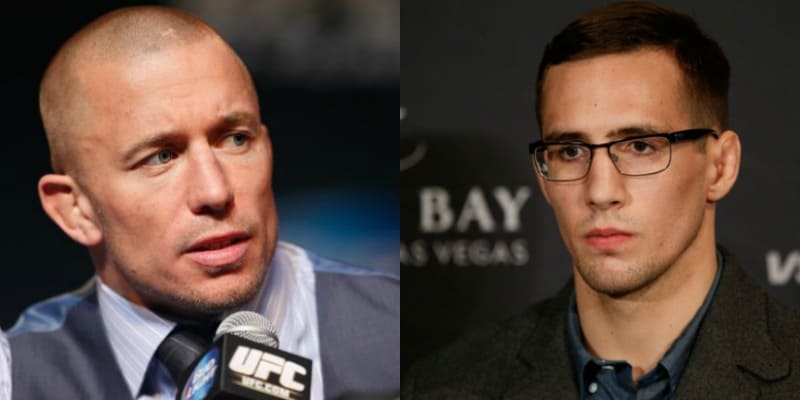 Rory MacDonald reveals GSP is still hitting it hard in the gym as if he were preparing for a fight. The former UFC welterweight and middleweight champion announced his retirement from active MMA competition last month.

MacDonald and Georges St-Pierre are longtime teammates and friends as they train together at Tristar Gym in Montreal, Canada.

While doing a recent interview with TSN, the Bellator welterweight champion noted that GSP is still going hard in the gym.

“He’s [St-Pierre] still training, he’s still improving,” MacDonald said when asked about GSP’s retirement (H/T to Bloody Elbow). “He’s living life, he’s good, but he’s doing all the same hard training. Like, I’m training hard for a fight and I’ll show up at the track to do sprints, and he shows up half an hour later to do his work. So it’s like, the guy doesn’t slow down. He’s programmed for physical improvement. He’s still gaining. Even though he’s got no competition to look forward to, he’s working hard.”

GSP’s coach Firas Zahabi believes that the fight that would bring him out of retirement would be against Conor McGregor.

MacDonald has his next fight booked as he’ll take on former UFC title contender Jon Fitch in the opening round of the Bellator welterweight Grand Prix. This fight takes place on April 27 at the SAP Center in San Jose, California.