LowKickMMA.com
Home UFC News Ronda Rousey Starring In Film Based On Her Life 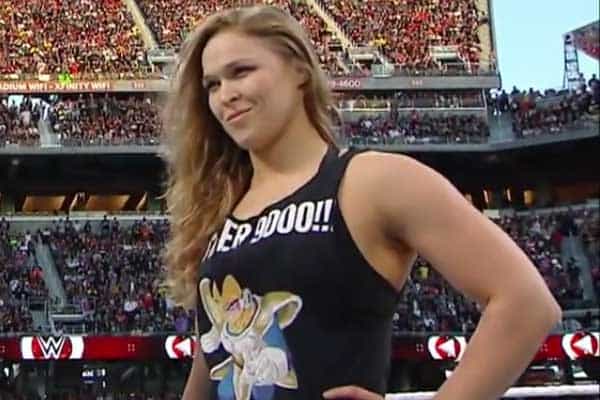 UFC 190 showed us that women’s bantamweight champion Ronda Rousey is too overwhelming for anyone in the division. Her speed, accuracy, well-rounded game and lethal finishing ability make her undoubtedly the greatest female fighter on the globe right now, but there’s much more than fight in ‘Rowdy’. We’ve seen over the years that fighters can often make smooth transitions to the big screen; Randy Couture in ‘The Expendables’ series, Georges St-Pierre in ‘Captain America’ and ‘Kickboxer’, and of course Rousey herself in ‘The Expendables 3’ and ‘Fast and Furious 7”’.

It looks as though there’s another big screen role in the works for Rousey, as Variety.com reports she’ll be playing the starring role in the upcoming movie based on her autobiography ‘My Fight/Your Fight’. According to the site, Mary Parent will be producing with Rousey herself, and Mark Bomback is also on board.

“It’s a real honor to be a part of bringing Ronda’s incredible story to the big screen,” Parent said.

Written by Rousey with her sister Maria Burns Ortiz, “My Fight/Your Fight” is an inspirational story celebrating the accomplishments of Rousey, who was faced with extraordinary challenges on her path to glory. The book was published this spring by ReganArts.

No timetable has been set on when this would go into production as Bomback has just begun adapting the book. Rousey is expected to fight one more time before the end of the year and will then shoot the Pete Berg-directed action pic “Mile 22″ in January.”

Previous works by Bomback include ‘Dawn Of The Planet Of The Apes’ and ‘The Wolverine’, Mary Parent has produced ‘Pacific Rim’ and ‘Godzilla’ recently.

As Rousey’s brand continues to expand rapidly, will we soon be calling her the greatest fighter of all time, regardless of gender?