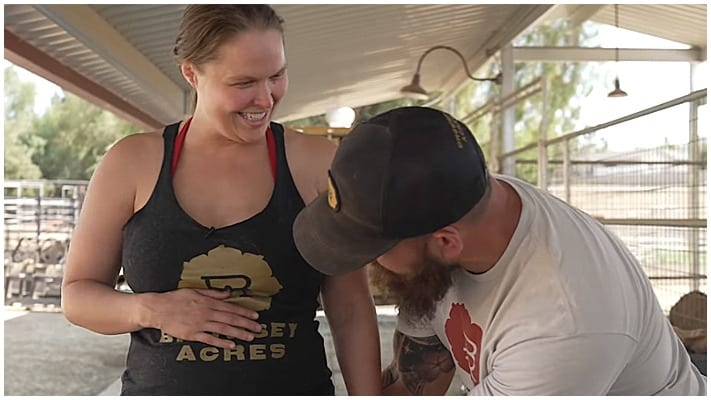 Congratulations are in order for Ronda Rousey and Travis Browne who recently welcomed their baby daughter into the world.

In April, the former UFC bantamweight champion announced that she was expecting her first child.

In a since-deleted home video, Rousey and Browne spoke about the heart-warming news.

“I’ve been pregnant since January, so four months,” Rousey said. “I just wanted to share with you guys a little bit of the journey we’ve been on and there’s much more to the story that we’ll be telling later.”

‘Rowdy’ later confirmed that her firstborn would be a baby girl with a unique Pokémon-themed gender reveal.

On Monday, the WMMA legend took to social media to announce the birth of her daughter with some intimate snaps of the family. Rousey captioned the images with the baby’s name – La’akea Makalapuaokalanipō Browne.

Everyone at LowKickMMA would like to send our congratulations to Ronda Rousey and Travis Browne on the birth of their daughter.