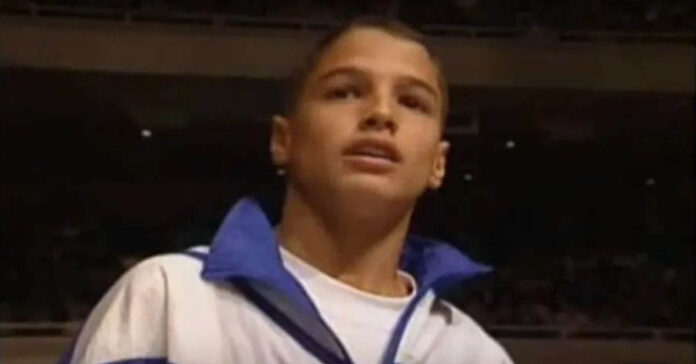 The Gracie family has dealt with many tragedies, but Rockson Gracie may be the saddest. Rickson Gracie’s oldest son, who passed away due to an overdose at just nineteen years old.

Rockson had a lot of promise as a young athlete but was taken away far too soon. Here is the story of young Rockson Gracie and how his passing affected his family.

Rockson Gracie was born in Rio de Janeiro but grew up in Santa Monica, California. He was Rickson Gracie’s oldest son and had a future full of potential.

The young Gracie idolized his father, Rickson, and wanted to make him proud. From the time he was born, Rockson was on the mat mimicking his father’s training and rolling around with him.

From those who knew Rockson, they said that he had a special energy about him. People had high expectations of Rickson’s son, and it seemed like he was destined for greatness.

If you watched the documentary Choke that followed Rickson Gracie before his fights in Japan, then you saw Rockson. Anytime Rickson was training or competing, Rockson was right there watching his hero.

Rockson even got his own matching corner man’s uniform for the ‘95 Vale Tudo Japan tournament. He wanted to be just like his dad and wanted to make him proud.

When Rockson Gracie competed, he developed an intensity and focus like his father. He first started competing in BJJ tournaments around the west coast from the time he was a small child.

Just like you would expect from a Gracie, Rockson had sound fundamentals and was strong. Having a Jiu Jitsu game that mirrored his father’s style.

Always attacking, looking for the submission, and never being out of place. Rockson would even shave his head like his father before his fights in Japan. Symbolizing a sort of warrior spirit and that he was taking the competition seriously.

At blue belt, Rockson would go on to win a Pan American gold medal and gold at the Rickson Gracie Cup. When Rickson promoted him to purple belt, he would repeat as champion in these tournaments.

There are only a handful of videos available online of Rockson competing, and this is one of them.

Rockson Becomes an Actor and Model

When Rockson turned nineteen, he traveled to New York after receiving modeling work. Most notably modeling for the famous cologne brand Calvin Klein.

After finding some success early on as a model, Rockson also wanted to try acting. He would stay a little bit longer in the city and do some acting tests.

Around this time, Rickson Gracie was negotiating to fight Kazushi Sakuraba in Pride. Rickson’s reported pay for this potential fight was marked at $5 million dollars.

This fight was going to be the biggest fight in the history of Pride.

In December of 2000, Rockson’s family had not heard from their son in quite some time. They sent out an alert to the NYPD that their son could possibly be missing.

Rockson Gracie was found dead in a south Manhattan hotel. The autopsy report revealed that Rockson had several drugs and medications in his system at the time of his death. Their official ruling for his cause of death was an overdose.

The news of his oldest son’s passing devastated Rickson and the rest of the Gracie family. He was left heartbroken and inconsolable for much time.

This event took the fighting spirit from Rickson and led to his retirement from fighting. He wouldn’t even step on a mat or put on a Gi years after his son’s death.

It took him years to cope with the passing of his son and find a sense of normalcy again.

After the passing of Rockson, Rickson would cherish the time he had with his youngest son, Kron Gracie. He would take Kron under his wing, just like he did with Rockson.

The training and effort that Rickson put into training Kron would pay off years later. His son would win the 2013 ADCC Championship and later go on to earn a 5-1 record in MMA. Everytime Kron competed, he would do the best he could to honor his brother’s memory.

Rockson Gracie died too soon, but his memory lives on within his friends and loved ones. He had the potential to do great things in Jiu Jitsu, but unfortunately drug abuse cut his life short.

It has been twenty-one years since young Rockson’s death, but he is still honored and remembered. If you can take something from Rockson’s story, it is that you should cherish every moment in your life. Because one mistake can end your life and cut your life short just like Rockson did.