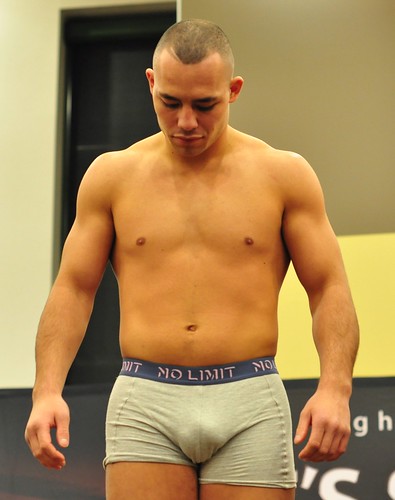 Robin van Roosmalen (34 -12-3, 10 wins by Knockout) is a Dutch kickboxer who will be fighting on May 26, 2012 in the Glory First 16, a 70kg Championship International Kickboxing event at the Ericsson Globe Arena in Stockholm, Sweden.

The winners of these 8 bouts will fight in the Glory Final 70kg Championship in August which has a Winner’s purse of $300,000. Van Roosmalen will be fighting Russian kickboxer, Dzhabar Askerov, who has an impressive kickboxing record of 72-27-1, with 36 KO/TKO victories.

Van Roosmalen trains at Team Golden Glory/Fight Club Den Bosch under his father William van Roosmalen, who was the only man to KO Vitali Klitschko, and William Beekwilder. Van Roosmalen is known for his aggressive high paced style.

He took some time from his busy training scedule to briefly speak with Lowkick.com.

How did you get your start in kickboxing?
I got my inspiration and my “start” from watching my father as I was growing up. I would see my dad training and could not wait to start training on my own some day. I am very fortunate to have him as my trainer.

Your record is impressive, with close to 50 fights under your belt. What are some of your proudest achievements in the ring?
My proudest achievment is the its Showtime Fast and Furious Tournament. I beat Chahid Oulad El Hadj by TKO in the second round, Chris Ngimbi by decision and Artur Kyshenko by KO in the first round. I was a replacement for Giorgio Petrosyan.

How did you come by the nickname “Pokerface”?
(laughs) I got that nickname from my team because they say they see no emotions on my face when I am fighting. They can’t see how I feel or tell whether I am in pain or if I feel good. Nothing. I just have 1 face all the time when I fight.

Do you know your opponent?
My opponent is Dzhabar Askerov, a very good and strong fighter but we have not fought previously.

Have you learned anything in martial arts that has helped you outside the ring, in real-life?
I have learned that kickboxing mirrors the real world. It is about failing and getting up. When you win, you have friends and everybody loves you. When you lose, you only see the people that are real and realky care about you. It is just like anything in life.

Thanks a lot, Robin. Would you like to mention any sponsors?
Yes, I would like to thank Nikko sports, M Double You, Booster, North Side Sports and Fight Game.