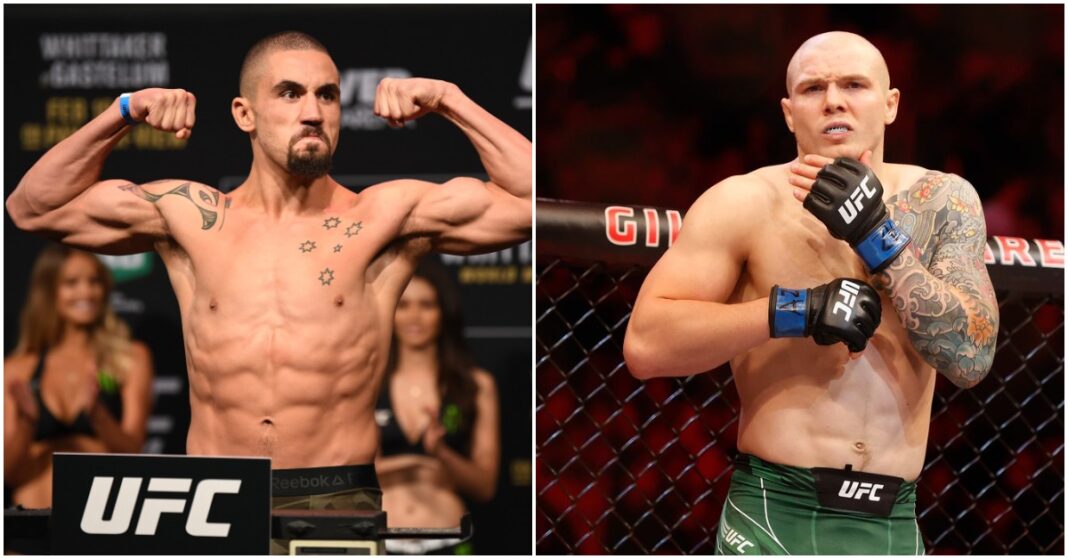 With news breaking that Robert Whittaker has been forced to withdraw from his much-anticipated middleweight bout with top contender Marvin Vettori, ‘The Reaper’ has turned to Twitter to give fans a potential timeline for when he will return to action.

Whittaker posted a video on his Twitter to provide an update on his current situation as well as to answer a few questions as to why he isn’t fighting in June. Whittaker said, “I had an injury before taking the fight… everything was great, and thought I could heal in time since I had plenty of time.”

He went on to state that “I didn’t have enough time to heal, I got to a point where I still had pains and there was only six and a half weeks left of training and all I had done was rehab and strength for it and it still wasn’t healed… I pride myself on how I go into fights and how I prepare and how I do things, I like to think very professionally.”

Whittaker has proven on multiple occasions that he is one of the toughest fighters to ever step foot into the octagon, but this time he made the correct decision to inform the UFC that he does need time to be 100% to take on Marvin Vettori.

“I know I need to be my best to fight this guy, I’m not going to go in there half cooked. I want to give Vettori my best. So, I said I needed more time.”

Robert Whittaker discusses timeline on return and getting Vettori rebooked

Robert Whittaker has also given fans an indication of when he will be back in action, hinting that the rumored UFC Paris event in September could be the ideal return card for him to feature on.

“I’m looking for the end of August. I hear there is a Europe card on September 3rd or something like that. It would be sick to fight him in Europe.”

“I think the next fight is going the be the best version of myself you guys have seen yet.” A statement like this from a fighter like Whittaker can make people both excited and wondering how much better can an elite level fighter like Whittaker get? Whittaker then went on to post the following image embedded with the caption “Working on Rob 3.0 #comingsoon” and this is both exciting and dangerous for future opponents.

Both Vettori and Whittaker have two losses to current middleweight king Israel Adesanya, so a win will help but it will be a short step on the long road back to a title shot against Adesanya. A potential matchup in Paris with these two top contenders will have everyone on the edge of their seats and there’s no doubt the champion will keep a close eye on this fight.

How many wins would Robert Whittaker or Marvin Vettori need to challenge Adesanya again?