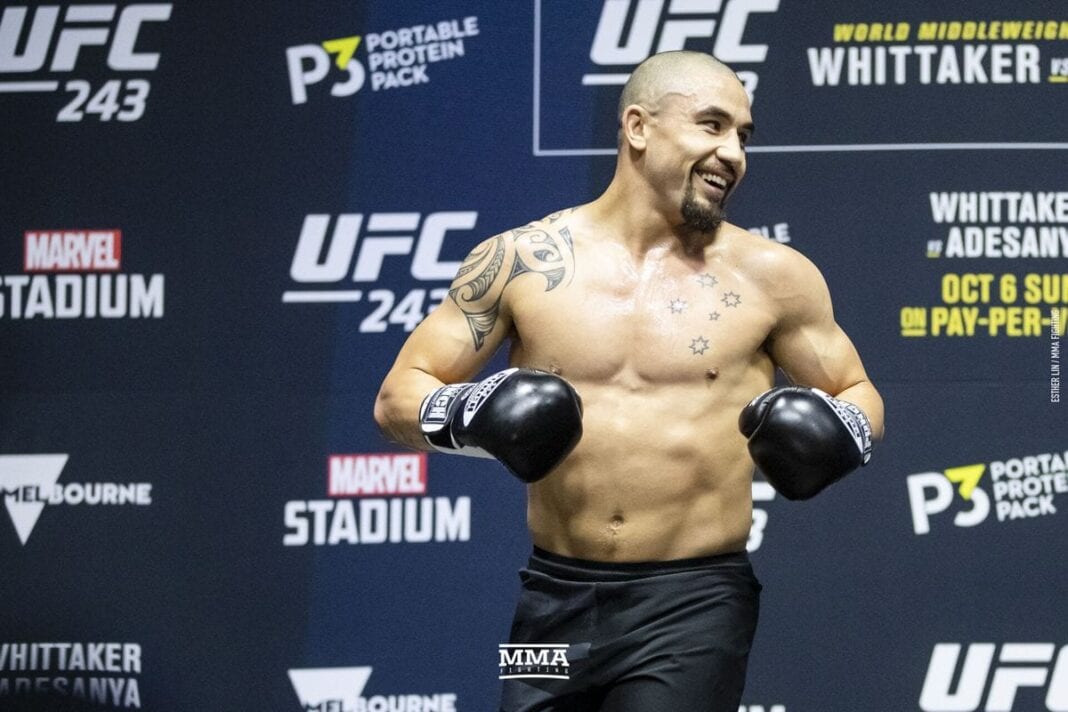 Middleweight champion Adesanya is expected to move up and challenge Jan Blachowicz for the light heavyweight title next. Of course, that move was only green-lit after UFC president Dana White claimed Whittaker didn’t want to fight Adesanya.

Whittaker has already responded by stating that that White either misinterpreted him or twisted his words but one thing remains constant — he will fight Adesanya. He’ll even do it at light heavyweight as well as fighting Blachowicz too.

“I’ll fight Izzy and and Jan at the same time, after March,” Whittaker told Submission Radio. “Like, I don’t care, I don’t care. I just want to enjoy why I fight, which is the biggest shift I’ve had in my head space and everything this year.”

As for how a fight between Blachowicz and Adesanya goes, “The Reaper” believes the striking of the latter will ultimately prove too effective.

“Yeah, I do,” Whittaker said when asked if he thought Adesanya would win. “I think his striking is just so much better, I think. Jan’s got that big power, but Israel doesn’t really get hit that much. I think this is a picture-perfect time for Izzy to try and take that belt away from the division, for sure.”

For now, Whittaker can’t predict anything as while he is open to fighting him at 205 and moving up in general, there are many adjustments he will have to make with the extra 20 pounds.

“It couldn’t be the same fight,” Whittaker explained. “It’s hard to say, cause I don’t know how I’m going to move with the heavier weight set. Cause, generally, I like training lighter, I like fighting lighter. I move faster, my cardio’s better.

Whittaker rebounded from his second-round knockout loss to Adesanya last year with two unanimous decision victories over Darren Till and Jared Cannonier.

How do you think Whittaker will do at light heavyweight and do you want to see him face Adesanya at that weight?