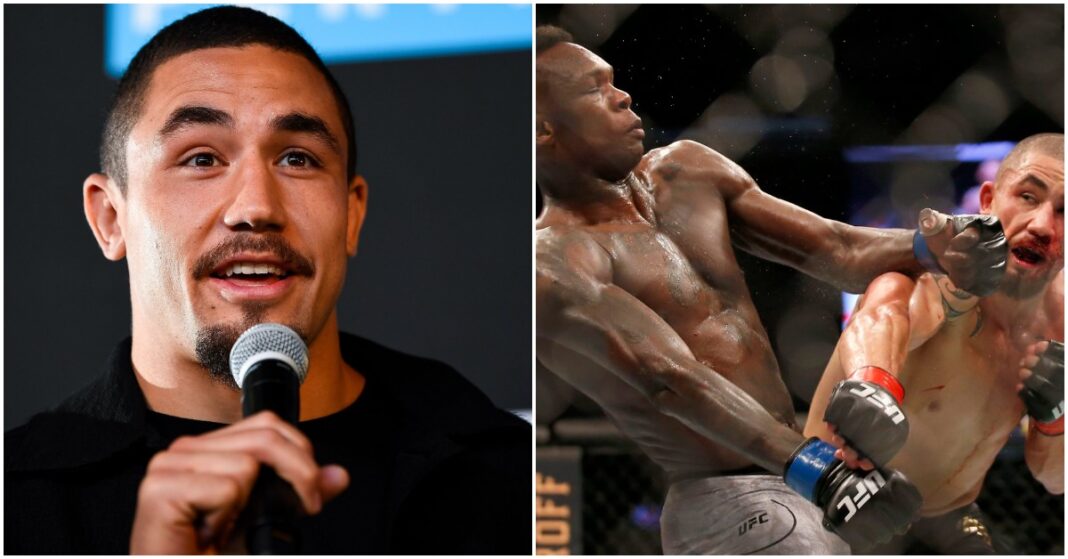 Robert Whittaker believes he had done enough at UFC 271 to walk away as the new middleweight champion of the world.

Following the disappointing first encounter against Israel Adesanya at UFC 243. The Reaper put on a much better performance taking the champion the distance, and ultimately losing via unanimous decision on the night.

After speaking with Submission Radio, Robert Whittaker revealed his thoughts on the fight and why he felt he had done enough to secure the 185-pound strap.

“I think the game plan went really well. Really, really well,” Whittaker said. “It was obviously to have that fast jab in there, to make him pay every time he came in. And I believe I won every striking exchange when we got close together. Like, yeah. My jab was on point, and I was mixing the takedown into the rounds. And it was making him uncomfortable. He didn’t have any freedom in striking, and that was the game plan. I believe I controlled a lot of the rounds because of that.”

“It’s not that I had him in trouble, it’s more that I had control,” Whittaker added. 2Like, every time that we were getting into a striking exchange, he was coming off second best. Like, every time we threw hands. I was landing the jab, I was landing the shots, moving forward. And then I’d also go under and take him down when I saw the opportunity to. Like, it was a hard fight. It was a crazy high and tactical fight. It was honestly like a chess match.”

“I thought I lost the first round. But I had a lot of control in the rounds following. I thought I had won minimum three rounds. That’s why I wasn’t fighting with a sense of a guy with his back against the wall. But, it is what it is. I think every time we threw hands, I got the better exchange of the strikes, as well as the introduction of the takedowns. I was confident.”

Despite feeling like he should have come away victorious, Robert Whittaker was also willing enough to give his opponent praise and spoke to the reasoning it is so hard to take ‘The Last Stylebender’ down.

“He was so slippery. Like, so sweaty. And he’s a strong big tall guy with long levers. He’s hard to hold down. Now, that’s not to say that I couldn’t. I could invest all my energy into holding him down, blowing out my arms and just making sure he stays on his butt.

The Australian also emphasized the need for balance when going for these takedowns why he needs to be so cautious.

“What happens if, heaven forbid, I blow my arms out holding him down and he gets up? Then my arms are tired. You can’t have tired arms against a striker like that. It’s a bit of a funny balance. But in saying that, I believe I utilized it to its best effect.”

Given Whittaker’s comments I doubt this is the last time you’ll see him in the title picture, and if anything, I think it only makes him want it even more.

Who is next for Robert Whittaker?