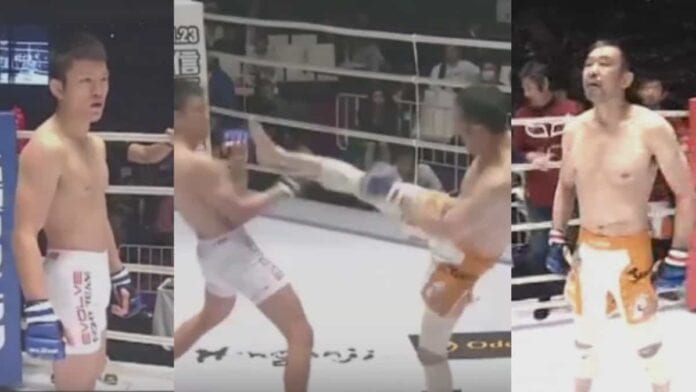 Japanese MMA is back! The Rizin Fighting Federation felt a whole lot like the Pride FC days…

MMA legends Fedor Emelianenko and Kazushi Sakuraba headline the two day debut of Rizin Fighting Federtion, as part of their blockbuster New Year’s Eve show. Day 1 transpired in the small hours of the morning, and it was a stark contrast from the modern UFC style events. Indeed it was a throwback to the days of Pride FC and no wonder since both promotions had the same owner, Sakakibara.

10 first round finishes made the show a thoroughly enjoyable watch, but the main event was somewhat difficult to take in. The fan favorite Kazushi Sakuraba, fighting at the age of 46, got dismantled by Shinya Aoki. Clearly not wanting to submit his idol Saku, Aoki went for a swift TKO after easily taking full mount and then back control from an early takedown.

The full list of results, followed by the highlights on page 2, of Rizin FF day 1:

Skip to page 2 for the fight videos…