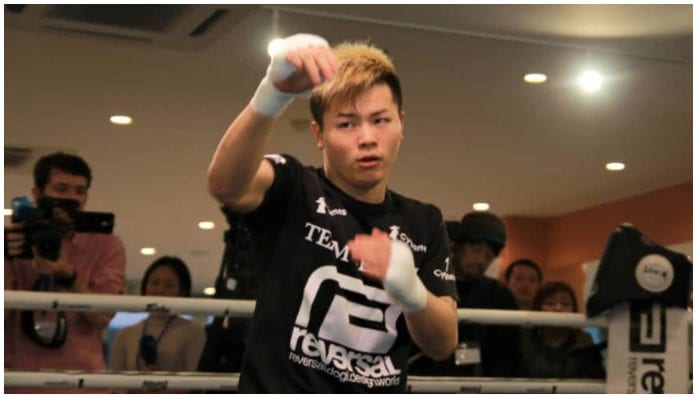 Japanese kickboxing sensation Tenshin Nasukawa will make his anticipated return to action at Rise on Abema, scheduled to take place on Sat. July 11.

The undefeated 21-year-old is one of the world’s elite flyweight kickboxers and is known for his highlight-reel knockouts, which makes the news that Rise has put out a public appeal for an opponent somewhat baffling. The promotion recently posted an online form for people to fill in and submit if they believe they have to what it takes to hang with the boy-wonder.

It is hard to know what make of this from a fan’s perspective. Is it all part of a clever marketing ploy by Rise to attract attention to its upcoming event? Or, has it become so difficult to find matchups for Tenshin that the company has resorted to the digital equivalent of handing out flyers to passersby in the street?

There is no question that there are fighters out there good enough to face Tenshin. However, promotional agreements, sporting politics, and the ongoing travel restrictions due to the coronavirus pandemic make these bouts challenging to put together.

It could be that Rise and Tenshin’s team see this appeal as the best way to generate hype about its upcoming event and once the world settles down Tenshin will go hunting for bigger game.

Hopefully, this is the case, but in the meantime, if you fancy starring in your own Rocky movie and you’re over 18 and can make your way to Japan by July, feel free to take a shot at stepping into the ring with one of the world’s best strikers.

To be safe, it might also pay to ask about who covers medical expenses if you do make the cut.

Would you be willing to step into the ring with Tenshin?