UFC light-heavyweight Thiago Silva has been in and out of the news recently, for mainly the wrong reasons. After numerous failed drugs tests, it appeared that the Brazilian had found his feet again; joining the Blackzilians and scoring back to back wins over Rafael Cavalcante and Matt Hamill.

News emerged late last night that Silva was involved in an alleged armed stand off with police officers at his home in Oakland Park, Florida. The stand off ended late last night, but only after Silva had apparently comitted domestic violence, felony attempted murder, resisting, and battery with a deadly weapon.

Sources close to the situation claimed that the dispute had begun as a domestic situation between Silva and his wife, and then had escalated when Silva went to the Jiu Jitsu school ran by Pablo Popovitch on Oakland Park Blvd and started threatening students of the school.

“This evening, we were made aware of a situation involving Thiago Silva. We are in the process of gathering the facts and have no further comment at this time.”

The situation apparently ended after an armed standoff that went on well past midnight, when SWAT officers took the troubled fighter in to custody. The arrest files on Silva are available to view here, and the less than flattering mugshot is below.

The lacklustre performance that Silva put forth against Hamill could well be the last one we see from the embattled Brazilian, and I hope the best for him. There are no winners in these sorts of situations. 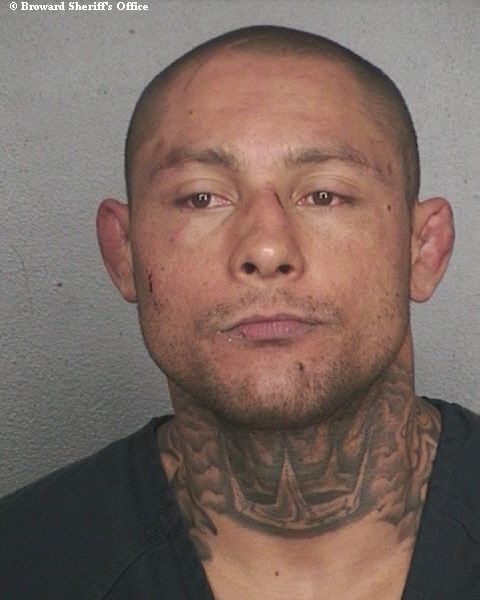