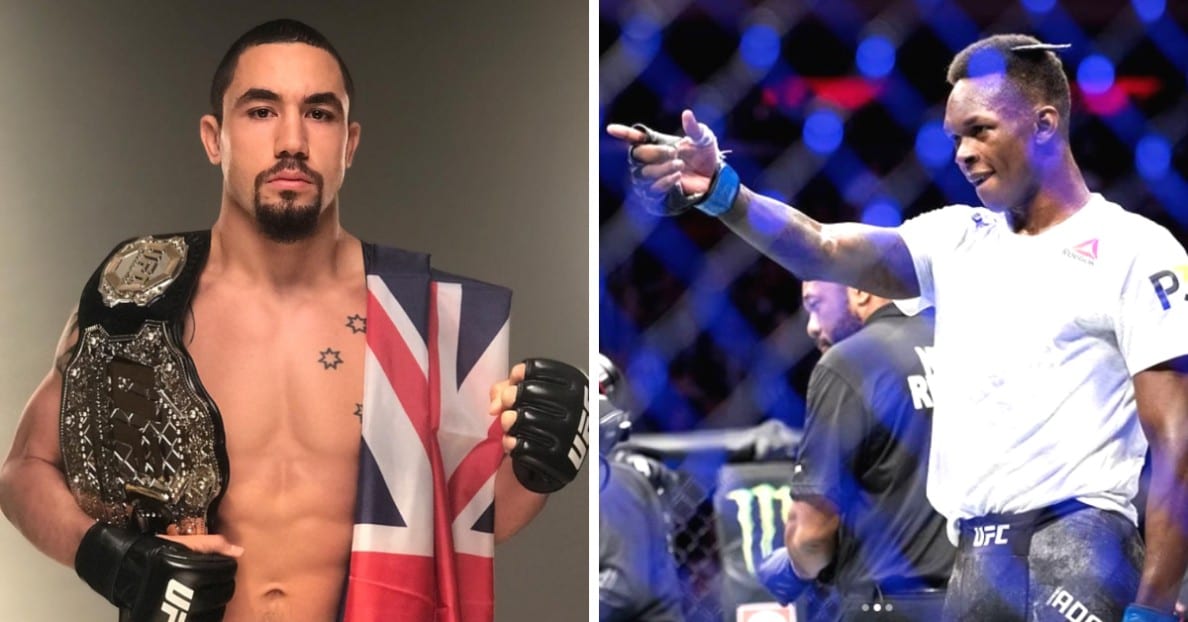 The UFC is making plans for a middleweight title unification fight between Robert Whittaker and Israel Adesanya.

According to a report from MMADNA.nl, the plan is for UFC 243 which could take place October 5 at the Bankwest Stadium in Sydney, Australia.

UFC president Dana White previously claimed a fight between Whittaker and Adesanya needed to happen in a stadium in Australia. The Bankwest Stadium only opened earlier this month but fits the bill, having a capacity of 30,000.

The stadium is also located a few miles west of Sydney, which is where Whittaker preferred to have the fight take place.

Nothing is confirmed yet though, but it’s worth keeping an eye out for any new developments.

Adesanya became the interim middleweight champion earlier this month when he defeated Kelvin Gastelum in an epic five-round war at UFC 236.

He will now look to unify the titles against Whittaker in what is undoubtedly the biggest Australasian affair in UFC history. Whittaker last competed in June against Yoel Romero back at UFC 225.