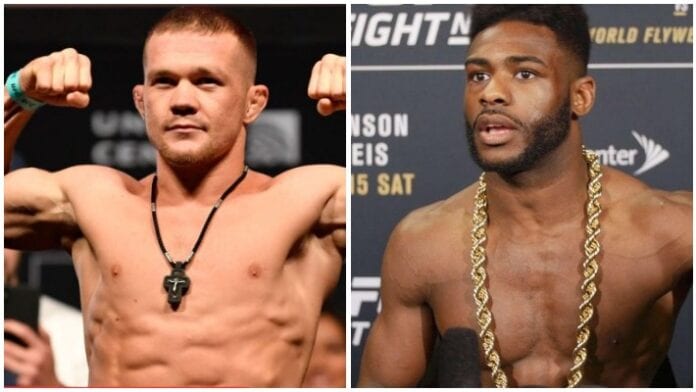 A bantamweight title clash between defending champion Petr Yan and number one contender Aljamain Sterling will no longer take place at UFC 256 on December 12 according to a report from RT Sport.

The Russian outlet suggests an injury is the cause of the fight being scrapped. According to their sources, Yan vs. Sterling is set to be rescheduled for UFC 258 which takes place in February.

“The UFC bantamweight title fight between Russian reigning champion Petr Yan and Jamaican-American challenger Aljamain Sterling scheduled for UFC 256 on December 12 has been postponed, according to sources,” RT Sports reports.

“Yan was due to make the first defense of the title he won by stopping Brazilian veteran Jose Aldo in the fifth round of their contest at UFC 251 on Fight Island in July, but as-yet unspecified reasons have caused the December showdown with Sterling to be postponed, sources in Russia have told RT Sport.

“Initial unconfirmed reports suggest that the issue is due to injury rather than other problems such as Yan obtaining a US visa.
“There are early suggestions that should the fight not go ahead as planned this year, it will be moved to UFC 258 in February.”

Yan has looked sensational during his rise through the ranks at 135lbs. The Russian has picked up seven consecutive wins on route to capturing the title vacated by the recently retired Henry Cejudo. He holds several hig profile victories over the likes of Jose Aldo, Urijah Faber and John Dodson.

Sterling has been knocking at the door for a UFC title shot for some time now. ‘Funk Master’ is on a five-fight win streak which includes a quick submission win over fellow top contender Cory Sandhagen at UFC 250 and a unanimous decision victory against Pedro Munhoz in 2019.

Who do you think wins when this fight finally takes place? Petr Yan or Aljamain Sterling?