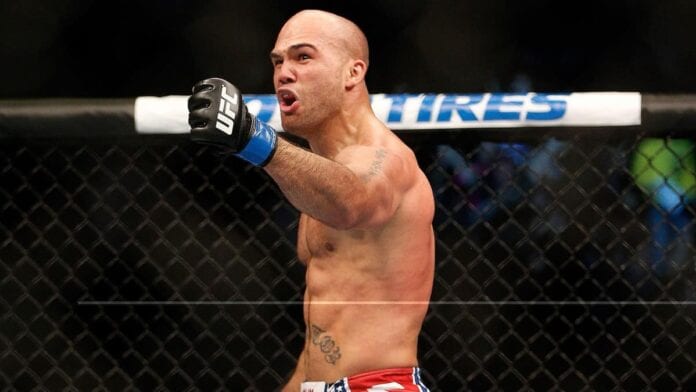 It looks like Robbie Lawler has his next opponent lined up, and it’s none other than former interim welterweight champion and fan-pleasing brawler Carlos Condit. What a booking! Lawler is fresh off a brutal TKO win over Rory MacDonald on the UFC 189 supercard from Las Vegas, and is proving to be a resurgent force in the welterweight division, having taken out the clear number one contender in ‘Ares’, with a thrilling five round burner. ‘The Natural Born Killer’ recently returned from an injury lay-off to smash Thiago Alves with a bloody TKO win.

Another big fight that is being reported by Bleacher Report’s lead writer Jeremy Botter is Johny Hendricks vs. Tyron Woodley, in a number one contender bout. It was thought that ‘Bigg Rigg’ would be getting his trilogy-maker with ‘Ruthless’, but it looks like the fans are the winners in this one, and ‘The Chosen One’ will also have to fight another time before a potential shot at gold.

One last bit of breaking news before bed: Robbie Lawler vs Carlos Condit and Tyron Woodley vs. Johny Hendricks are happening.

I have so many…gross feeling about Lawler v Condit. No idea what to do with my hands right now.

The two huge welterweight fights, according to Botter, are being targeted for a December card, which leads to the likely conclusion that it would be UFC 194’s PPV (pay-per-view) card, although nothing official has been confirmed as of yet.

The December 5th card is yet to be tagged with a location or venue, but is heavily rumoured for Calgery, Alberta, Canada.