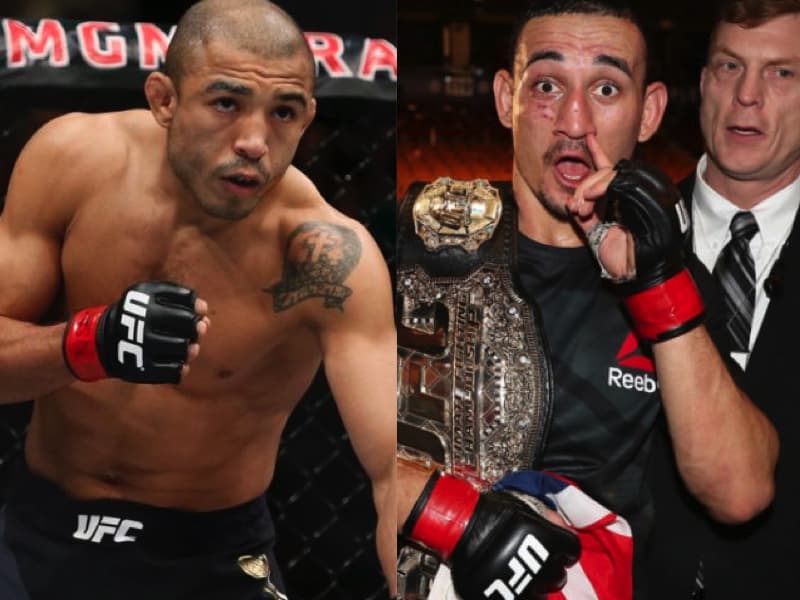 Jose Aldo and Max Holloway will finally throw down inside the Octagon.

After defeating Frankie Edgar at UFC 200 this past July to win the then-interim UFC featherweight title, Aldo was promoted undisputed champion after Conor McGregor‘s lightweight title win. Max Holloway went on to defeat Anthony Pettis in the main event of UFC 206 for another interim featherweight strap, setting up an inevitable unification bout between he and Aldo in the near future.

The time has reportedly come for ‘Blessed’ and ‘Scarface’ to determine who the true king at 145 pounds is, per a report from ESPN’s Brett Okamoto. UFC President Dana White was Okamoto’s latest guest on the 5ive Rounds podcast where he confirmed the ink is drying on the deal, but apparently couldn’t remember the date the two featherweights signed on for:

Just taped 5ive Rounds with guest @danawhite. He told me Aldo vs. Holloway is a done deal … but couldn't remember the date.

Holloway is currently on an amazing 10-fight win streak over some of the biggest names in the featherweight division such as Cub Swanson, Charles Oliveira, Jeremy Stephens, Ricardo Lamas, and former lightweight champion Anthony ‘Showtime’ Pettis. Neither ‘Blessed’ or Aldo have lost inside the Octagon since their respective meetings with ‘The Notorious One’ Conor McGregor.

What card would you like to see Aldo and Holloway collide on? And who do you think will emerge victorious when the two finally meet inside the Octagon?