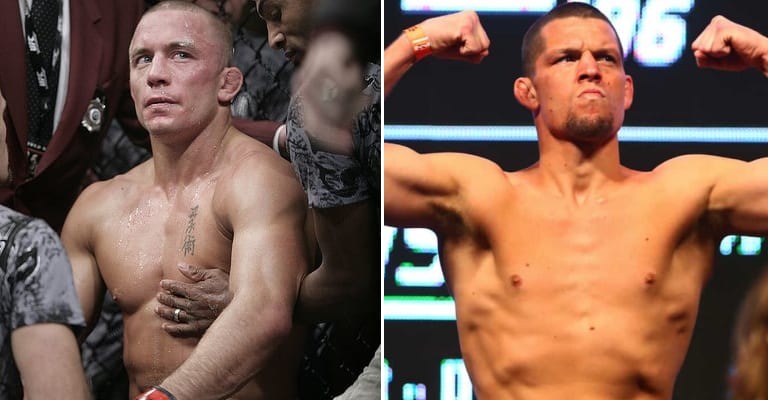 When UFC president Dana White revealed he was working on a fight between Georges St. Pierre and Nate Diaz this week, it seemed like everyone knew about it but GSP’s training partners.

Former UFC title contender and current analyst Kenny Florian stated when he spoke to GSP’s team, they had no idea about the matchup in a recent interview with Submission Radio (via MMA Mania):

“When I did bring it up to one of the coaches in that camp they seemed to be surprised and unaware about that news. The Nate Diaz fight, they weren’t really aware of it.

“And again, maybe they’re out of the loop, but my understanding is that they were taken by surprise and they didn’t really know that that was the fight that Georges was targeting or even wanted.”

White had recently said the UFC was working on a fight between Diaz and the former UFC welterweight and middleweight champion at UFC 227 on August 4 and that the bout would be contested at lightweight.

A fight between Alexander Gustafsson and former middleweight champion Luke Rockhold is also rumored for the card, which currently features a bantamweight title bout between TJ Dillshaw and Cody Garbrandt.

The announcement caused much excitement amongst MMA fans, who remember the rivalry GSP had with Nate’s brother Nick Diaz at UFC 158.

However, it appears as though their coaches remain in the lurch over such a “super fight,” and both fighters have stayed quiet over the news.

Will Nate Diaz and GSP actually end up squaring off at UFC 227?