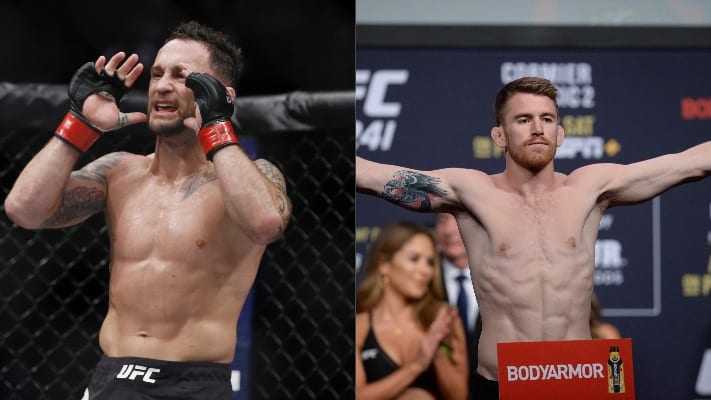 We may have our next bantamweight title eliminator fight in Cory Sandhagen vs. Frankie Edgar.

Sandhagen is coming off an impressive second-round TKO win over Marlon Moraes earlier this month. Following the victory, he declared his title intentions while stating the only two fights that made sense for him were Edgar or TJ Dillashaw.

It looks like he will get one of those wishes as Edgar has reportedly asked the UFC for a fight with Sandhagen as per his manager Ali Abdelaziz (via ESPN’s Brett Okamoto).

“Per his manager Ali Abdelaziz (@AliAbdelaziz00), Frankie Edgar (@FrankieEdgar) has asked the UFC to fight Cory Sandhagen (@cors_life) next. Nos. 2 and 5 in the division. Sandhagen, coming off that big Moraes TKO, hasn’t really discussed his next move with UFC yet, I’m told.”

Edgar made his bantamweight debut in August when he defeated Pedro Munhoz via split decision. A win over Sandhagen would more than likely guarantee the former lightweight champion the next crack at bantamweight gold. The same can be said for Sandhagen who would also be adding a legend to his resume with a potential win.

Funnily enough, the pair were slated to fight in January earlier this year for Edgar’s bantamweight debut. However, “The Answer” took a short-notice December fight with the Korean Zombie at featherweight which led to their bout being called off.

Maybe now it will happen with much more title implications this time.

What do you think of this matchup?