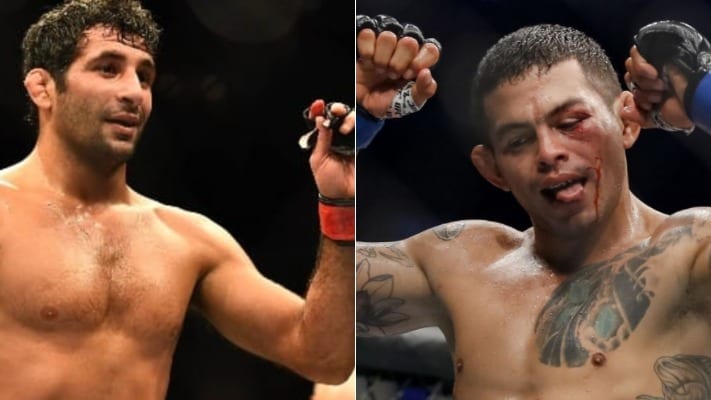 An exciting lightweight rematch between Carlos Diego Ferreira and Beneil Dariush is set to take place early next year.

That’s according to ESPN’s Brett Okamoto who reported Sunday that the pair have verbally agreed to to fight on the UFC’s upcoming February 6 card.

“Per sources, Diego Ferreira (@DiegoUFCTX) and Beneil Dariush (@beneildariush) have agreed to a fight on Feb. 6. Ferreira is No. 9 in UFC’s lightweight rankings, Dariush is No. 12. Six-fight win streak vs. five-fight win streak, and a rematch of a bout from 2014.”

Their first meeting saw Dariush come out on top after a dominant unanimous decision victory back in 2014. However, both fighters have improved tenfold since and find themselves surging in the top-15 ranks.

The February 6 card is currently set to be headlined by a heavyweight matchup between Alistair Overeem and Alexander Volkov.

What do you make of this fight and the card as a whole?