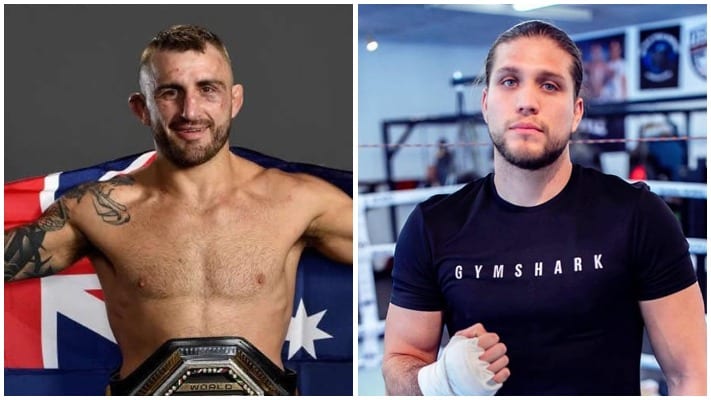 UFC featherweight champion Alexander Volkanovski is set to make the second defence of his title against the number one contender at 145lbs, Brian Ortega according to a report from Ariel Helwani.

The veteran MMA reporter took to social media to break the news, he wrote.

“Alexander Volkanovski vs. Brian Ortega for the featherweight title has been booked for UFC 260 on March 27, per sources. The hope is for the fight to serve as co-main for a card headlined by Miocic vs. Ngannou 2 for the HW title, tho, that fight isn’t finalized yet, sources say.”

Volkanovski is coming off a controversial win in his first title defence. The Aussie went to war with former champ, Max Holloway at UFC 251. Volkanoski got the decision on the judges scorecards but many fans and fight pundits disagreed with the scoring. Prior to that ‘The Great’ eased to a decision over Holloway in their first fight to claim UFC gold.

Ortega looked sensational when he returned to the Octagon for the first time in two years when he fought ‘The Korean Zombie’ at UFC Fight Island 6 in October. ‘T-City’ boxed his way to victory over five rounds against one of the best 145lb fighters on the planet. Prior to that Ortega fell short when he squared off against Holloway for the featherweight title in 2018. He’ll be hoping for a better outcome in his second UFC title bid.

Who do you think will win at UFC 260? Alexander Volkanovski or Brian Ortega?