LowKickMMA.com
Home UFC News Renan Barao Books His First Fight Since Being Released By The UFC 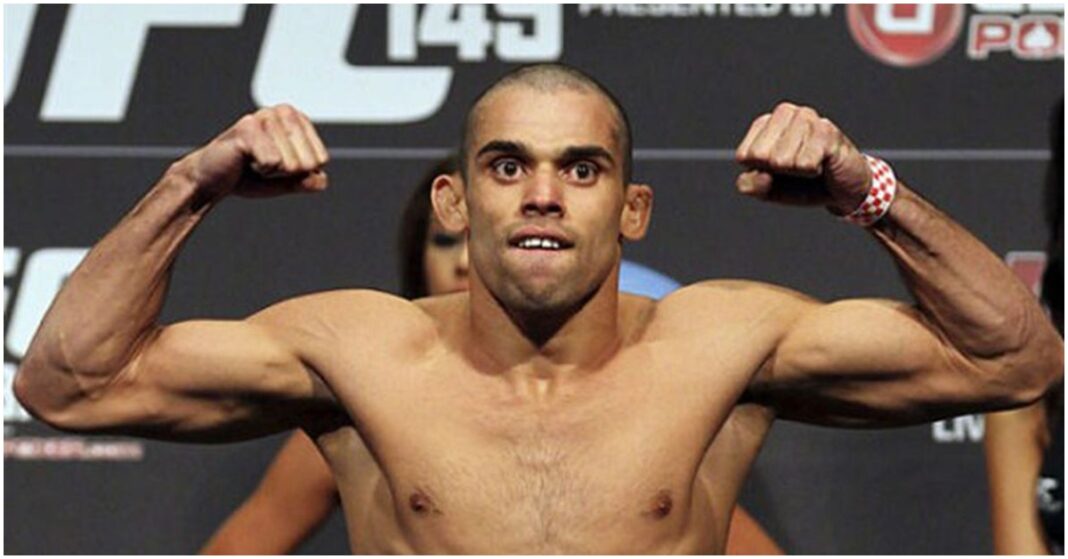 Barao hasn’t fought since being released by the UFC in 2019 but is now scheduled to do so at Premier FC 32 on November 19.

The Brazilian will compete in a featherweight bout against Tyson Duckworth, who is currently on a three-fight losing streak and holds a record of 12-9 in MMA. The 41-year-old is a veteran of the local fighting scene who mostly competes out of his home state of Alaska but has now started to compete in the southeast of America.

Barao vs. Duckworth will be the co-main event of the Premier FC 32 bill that will be topped by Marcus Davis and Stephen Stengel.

The Rise & Fall Of Renan Barao

Barao seemed to be on top of the world in 2013 when he won the UFC bantamweight title against Eddie Wineland, he would then be made the unified champion when Dominick Cruiz was stripped of his crown due to inactivity.

The 34-year-old would then make his lone title defence against Urijah Faber at UFC 169, before being dominated by TJ Dillashaw seven months later. Despite rebounding with a win Barao was once again dominated again by Dillashaw and never really recovered as he suffered six losses in his next seven fights and was subsequently cut by the UFC.

Do you think Renan Barao will make a winning comeback at Premier FC 32?