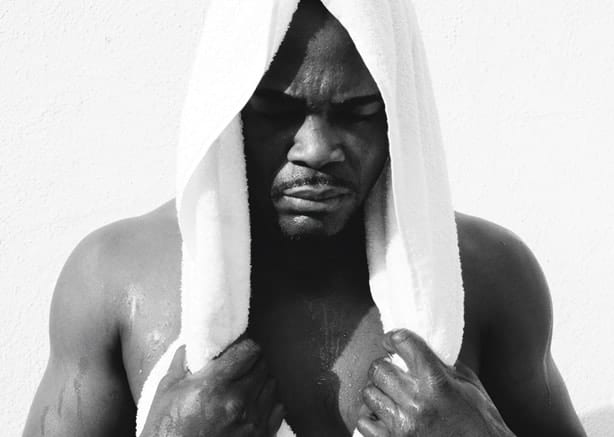 It seems “The Mauler” may have to find a new opponent, or wait for news on “Rumble”

Former UFC light-heavyweight champion Rashad Evans has been out of action since UFC 167, where he put a swift beatdown on Chael Sonnen. Now having sat on the sidelines for a year, “Suga” was being heavily linked to a return fight with former title challenger Alexander Gustafsson. It seems though, that Evans’ knee injury is still causing problems.

Ariel Helwani of MMAFighting.com “Suga” still needs more time to rehab his knee, meaning that his proposed January return is not possible:

“Rashad Evans was gonna give it a go; he was going to have a tough week in training to see if he’d be ready to fight in January against Alexander Gustafsson, that would be a huge fight. Unfortunately, I spoke to him yesterday; he said he just doesn’t feel ready. The leg still feels unstable, he doesn’t have that explosiveness to fight a guy like Alexander Gustafsson. So his manager Glenn Robinson told him there’s no need to rush, you gotta take it easy. So right now, he is shooting for a return in March.”

Bad news for any fans of Alexander Gustafsson vs Rashad Evans, but good news if you were hoping to watch Gus fight Anthony Johnson. That being said, there is still no confirmation of “Rumble’s” return just yet:

“Now as for Alexander Gustafsson, his manager tells me they don’t have a fight yet, they’re hoping to fight January-February, and if you’re wondering about Anthony Johnson, the UFC tells me they will have something on him very soon. I was hoping to get it by airtime, no statement yet, but hopefully we’ll get a resolution to that sooner rather than later.”

So the unfortunate story of Gustafsson’s search for a fight continues, when he really should be fighting for the title next. You may remember that the Swedish star was set to face Jon Jones at UFC 178, until injury saw Gus replaced by Daniel Cormier. Not long after “Bones” was injured, and the fight was moved to January 2015 at UFC 182.

Ironically Gustafsson will be fit to fight at the same time as the champion, but it looks like there really isn’t anyone available right now. With “Rumble” being investigated by the UFC, and Rashad Evans probably nearing retirement, what’s next for “The Mauler”?