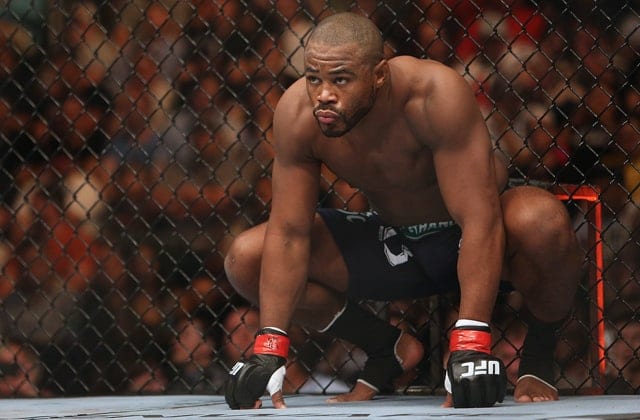 The UFC confirmed to Brett Okamoto of ESPN.com that Evans is slated to return to the light heavyweight division after having a brief run at middleweight to take on Anthony Smith at the upcoming UFC 225 pay-per-view event.

It was also noted that Smith has also signed a new contract with the promotion. Just like Evans, Smith is also moving up to light heavyweight.

He is 4-2 under the UFC banner and holds a win over Hector Lombard. In his most recent bout, he suffered a TKO loss to Thiago Santos at a UFC Fight Night event in Belem, Brazil.

On the flip side, despite his lack of performance inside the Octagon, Evans continues to push forward with his pro-MMA career. He has dropped four consecutive contests with two of those bouts taking place at 185 pounds.

The UFC 225 pay-per-view event is scheduled to go down on Saturday, June 9, 2018, at the United Center in Chicago, Illinois. The main card will air on pay-per-view at 10 p.m. ET while the preliminary card will air on FOX Sports 1 at 8 p.m. ET and the promotion’s streaming service, UFC Fight Pass.

Claudia Gadelha taking on Carla Esparza, and Joseph Benavidez meeting Sergio Pettis have already been confirmed for the upcoming event.

The show doesn’t have the main event yet, but there’s a chance that the UFC will add UFC middleweight champion Robert Whittaker defending his title against Yoel Romero at this upcoming pay-per-view event, which could serve as the main event.

The promotion will announce more bouts for the event in the coming weeks. Here is the updated card:

Ben Askren Reflects On KO Loss To Jorge Masvidal: ‘If We Do That Again, I Think I’ll Win’