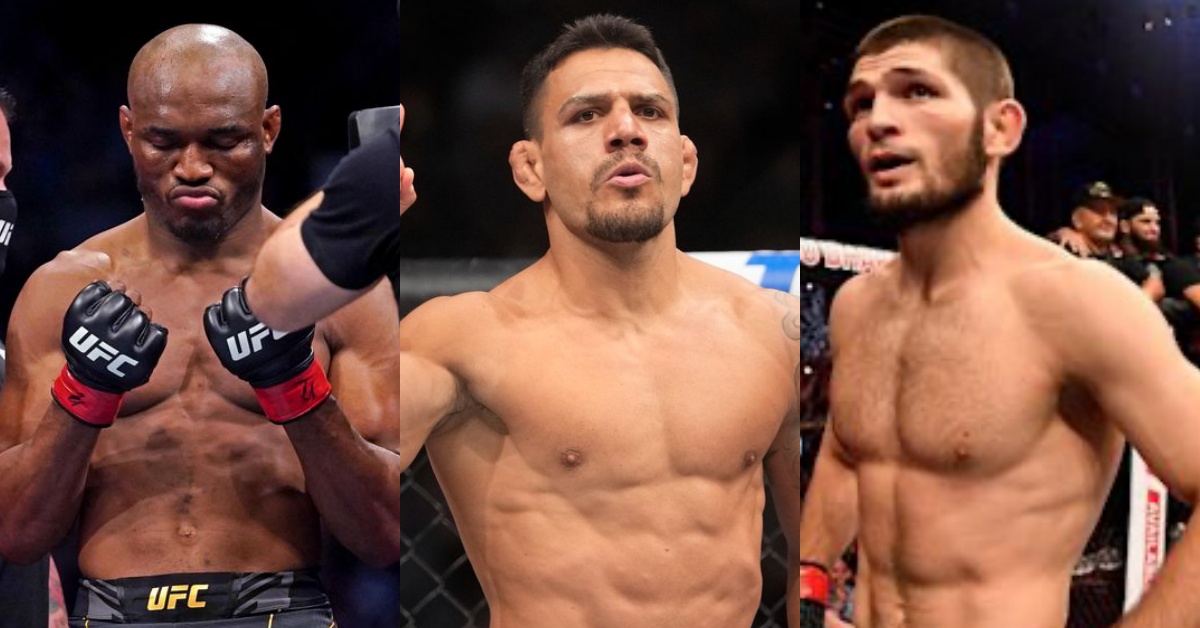 Ahead of his scheduled UFC Vegas 58 headliner this weekend opposite the surging, Rafael Fiziev, former undisputed lightweight champion, Rafael dos Anjos has revealed which opponent proved to be the tougher challenge between fellow former champion, Khabib Nurmagomedov, and welterweight kingpin, Kamaru Usman – having shared the Octagon with both.

Niteroi veteran, dos Anjos, will return to the lightweight limit for the first time tonight since a one-sided split decision win over short notice replacement, Paul Felder back in December 2020.

Earlier this year, the former undisputed lightweight titleholder, featured in the co-main event of UFC 272 in March, defeating compatriot, Renato Moicano in a five round slot 160lb catchweight matchup. dos Anjos was initially scheduled to fight Islam Makhachev between his wins against Felder and Moicano.

Clinching undisputed lightweight gold against Anthony Pettis back in 2015, dos Anjos lost the title to Eddie Alvarez after a sole successful title outing against Donald Cerrone in December of that year, and a furhter defeat to former interim titleholder, Tony Ferguson in 2016 spelled an end to a lightweight run ahead of a welterweight climb.

However, during his first tenure at lightweight, and his mixed run at welterweight, dos Anjos faced both the aforenoted, Khabib, and Usman, respectively. And ahead of his return at UFC Vegas 58, dos Anjos has revealed who was the tougher competitor between the duo.

“Oh, definitely (Kamaru) Usman,” Rafael dos Anjos told Yahoo! Sports. “I can tell you that because 12 weeks before my fight with Khabib (Nurmagomedov), I was training in the cage and my ear got stuck in the cage and I split my ear. It took 14 stitches to close it and I almost lost my ear. So I pretty much didn’t train any wrestling for that fight. I had no scrambles, no grappling, none of that. It was more feet and knees and sparring and stuff like that.”

“For Usman, I actually trained a lot of wrestling and he still took me down,” Rafael dos Anjos said. “He still controlled me. It was a five round fight and I feel like Usman brought the tougher competition for me.”