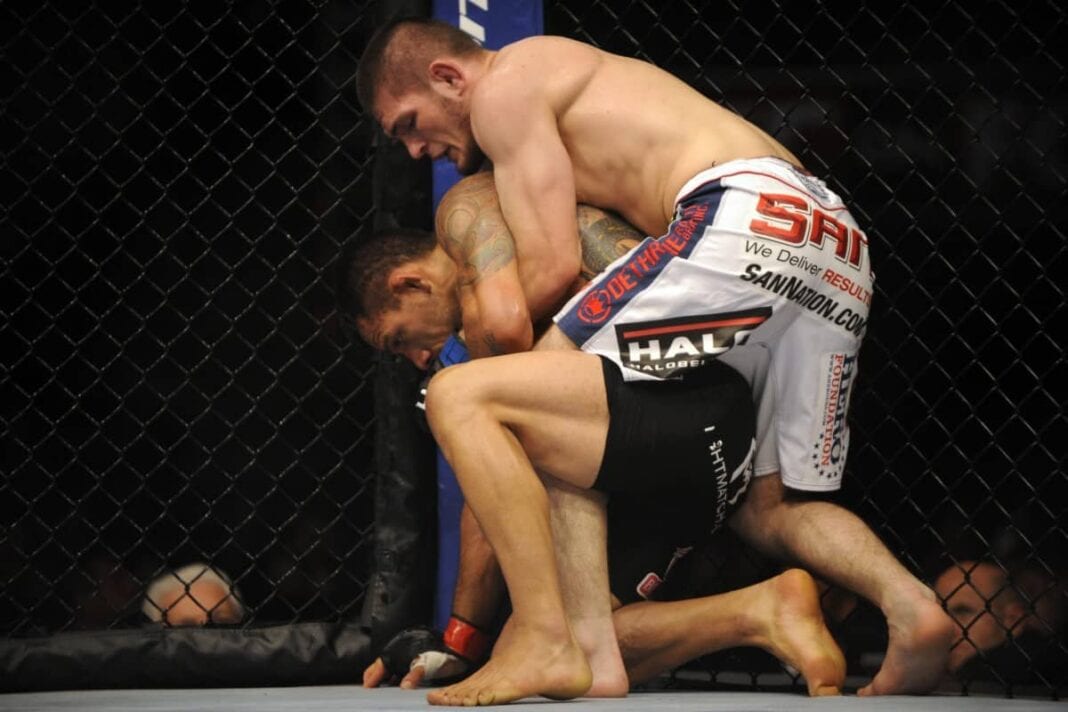 Although veteran Josh “The Punk” Thomson recently signed with Bellator, he is still often around some of the UFC’s biggest stars training at American Kickboxing Academy (AKA), and he recently had some big things to say about his teammate, and UFC lightweight contender Khabib “The Eagle” Nurmagomedov.

Nurmagomedov has been out of action due to injuries for over a year and a half now, with his last win being a one-sided decision over current champion Rafael dos Anjos. “The Eagle” still sits at No. 3 in the division, and he will finally make his return at The Ultimate Fighter (TUF) 22 Finale in December as he takes on the surging Tony Ferguson.

“There’s no doubt about it (that he’s a future UFC champion),” Thomson told MMAjunkie. “The current UFC champion right now is someone he already beat, and he didn’t just beat him, he destroyed him. He threw him around with ease.”

I think it’s safe to say that dos Anjos has drastically improved as of late which can be seen in the beating he put on former champion Anthony “Showtime” Pettis last March. However, Nurmagomedov is undoubtedly one of the division’s best, and if he’s completely healthy, Thomson doesn’t seem him losing anytime soon:

“Outside of getting caught with something like a fluke punch or fluke kick or anything like that, I really don’t see him being beat,” Thomson said. “If he’s healthy and 100 percent and ready to go, he’s a phenomenal wrestler, a phenomenal athlete and he’s very talented.”

“What he has, what I think a lot of people misunderstand, is that his mental (strength) is definitely what gets him through a lot of stuff,” Thomson said. “He understands his body can do everything that he wants it to do and can push harder than a lot of people’s bodies can. He reminds me of a 155-pound Frankie Edgar. There’s no quit in him. The wrestling is there, especially for MMA, and the conditioning is there. The mental toughness is definitely there.”

Will Nurmagomedov bring another title home to AKA?