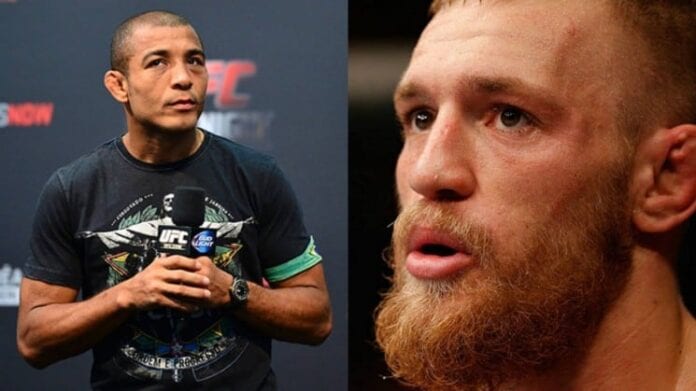 Former UFC middleweight and now ESPN analyst Chael Sonnen has made yet another bold statement. He believes that Jose Aldo, who is set to fight Conor McGregor at UFC 194 in a featherweight title unification bout, will not make weight come Friday.

Sonnen said if he were to buy this event on pay-per-view, he’d wait until Aldo makes weight before hitting the pay button. Sonnen also brought up the fact that Aldo has pulled out of their fight before and might do so again.

“So until I see him on the scale, I’m not going to buy it. He’s clearly scared of Conor. He’s already pulled out of this fight once.”

“If you are going to whip my ass, you’re going to want people to watch… Jose Aldo will do everything he can to make sure nobody is on the TV on Saturday night, and I haven’t seen anything like it.”