LowKickMMA.com
Home UFC News Quote: Jon Jones Is ‘Scared To Eat Out’ Because Of Tainted USADA... 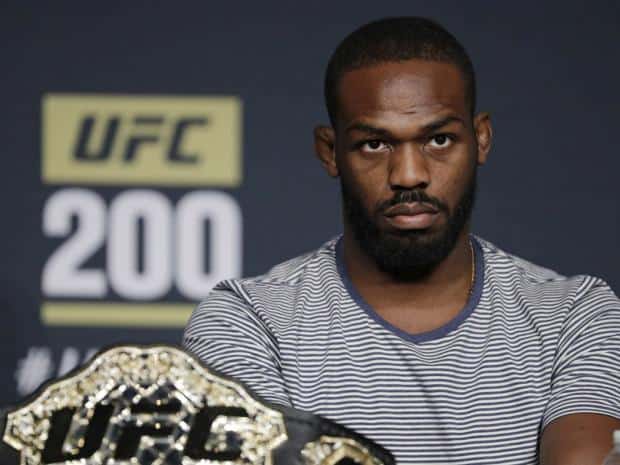 So many people are supposedly out to get him, Jon Jones is scared to eat out at restaurants.

Jones recently received a 15-moth USADA suspension. He was suspended for failing a drug test prior to his UFC 214 knockout over Daniel Cormier. The banned substance in question was anabolic steroid Turinabol.

But the troubled former champion maintained his innocence throughout. The situation was somehow floating before USADA for over a year. The UFC’s anti-doping partner finally made the call and caused widespread controversy in MMA.

Jones and his team still claim someone tainted his supplements or even food. Jones is apparently so worried that he won’t even eat out in public.

Public Out To Get ‘Bones?’

That’s the case according to Jones’ longtime coach Mike Winkeljohn.

The JacksonWink head coach recently told Submission Radio (via MMA Mania) that his troubled star is afraid to eat out because of fear someone might contaminate his food:

“Well, I think [USADA] should have made a deal a long time ago. There’s no doubt something got in there somehow, but it’s scary now. Jon’s even scared to eat out, he’s scared to be anywhere. He’s like, gosh, what if that waiter doesn’t like me, the bus boy doesn’t like me? You know? Who knows what’s going to happen out there. And it is kind of scary that way if you think about it.”

Many wondered why USADA took so long to hand Jones his punishment. Jones received a lengthy reduction of his possible four-year suspension for informing USADA about other fighters using steroids and other PEDs. At one point he had only been tested once by USADA in 2018. Controversy swirls.

Either way, Jones swears he never took Turinabol. His team hasn’t said what supplement was tainted, just that he is innocent. He’s eligible to return on October 28 of this year. Speculation is running wild that he’ll finally rematch Alexander Gustafsson.

Jones may be off the hook for now in terms of legal suspensions, but one more mess-up could see him banned forever.

The criticism of his response to the issue was that he never owned his mistakes and always claimed someone else would out to get him. It seems that hasn’t changed much based on Winkeljohn’s words. Will they be proven true in Jones’ umpteenth comeback?