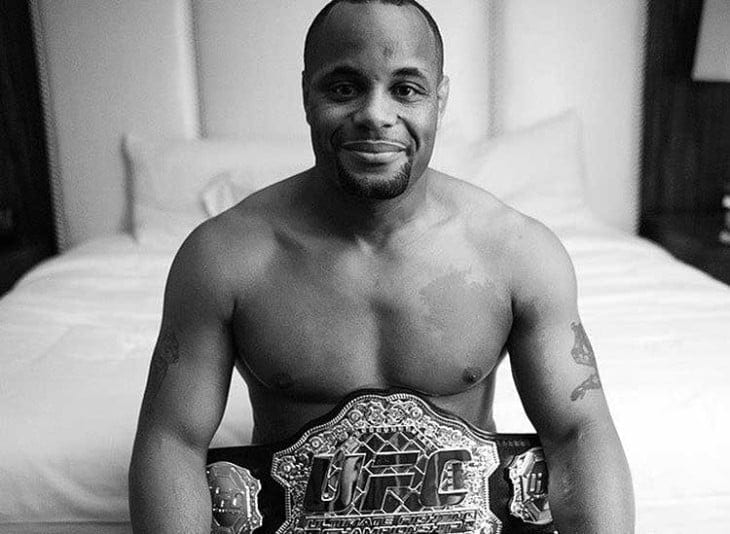 The UFC light heavyweight division was thoroughly shaken up this year after the shocking arrest of former long-time kingpin Jon “Bones” Jones. “Bones” was arrested last April on felony hit-and-run charges ahead of his scheduled UFC 187 bout with then No. 1-contender Anthony “Rumble” Johnson.

After the situation unfolded, Jones was stripped of his title and suspended indefinitely by the UFC, leaving the title vacant and an open spot at May’s UFC 187. Former Olympian and former title challenger Daniel Cormier stepped in, and ultimately scored a third-round submission victory over Johnson.

“DC” actually lost a unanimous decision to Jones last January in one of the most hyped up bouts in history, but due to Jones’ legal troubles, Cormier is now the undisputed light heavyweight champion, and he is gearing up to defend his title for the very first time against Alexander “The Mauler” Gustafsson at October’s UFC 192.

Since becoming the champion, it seems as if Cormier’s confidence has risen drastically, and some have even deemed him cocky. No. 3-ranked Glover Teixeira is one of those who feel that the champion is a bit too cocky.

Recently speaking with Combate, Teixeira said that “DC” should defend his belt first before running his mouth:

“Does Cormier have an organization now? Did he buy the UFC? If not, he’s just like me and he can’t say shit, he doesn’t call the shots in there. The UFC does, [and] when they tell me to fight him, I will. He shouldn’t say anything, he has to fight and defend his belt. He’s a good athlete, but who is he to say anything? I think it’s just the way he is.”

While many were questioning the UFC’s decision to give Gustafsson a title shot coming off of such a brutal loss like the one he was handed at the hands of Johnson last February, Teixeira believes that Cormier has a tough test in front of him:

“Maybe he’s joking because he lost to Jon Jones then beat another guy and now he’s playing with the division? Maybe if he defended his belt five or six times in a row, but he hasn’t done not even once. We will see how he does, he has a hard task ahead of him.”

Do you agree with Teixeira, has Cormier become too cocky too quickly?