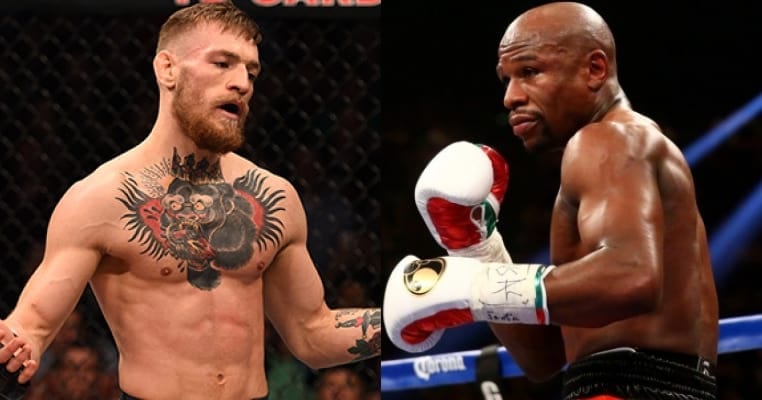 The chance of it actually happening was always next to nothing, but it seems like the prospect of a Conor McGregor vs. Floyd Mayweather bout just won’t seem to go away.

It was close to being on the verge of gone, with Mayweather recently stating it was time to move on. However, McGregor brought the ridiculous potential super fight up yet again at last week’s UFC 205 press conference, adding that he might move on to face ‘Money’ after he was done with Eddie Alvarez at the UFC’s massive event from New York City.

But UFC President Dana White isn’t buying that. The outspoken exec met up with TMZ Sports (transcribed by Bloody Elbow) to give his opinion that the fight was never happening, and the two don’t actually want to throw down:

In White’s opinion, the fact that the two combatants ruled different sports was one of the main factors of it not happening. And as expected, White deemed it a ruse for the sake of money:

TMZ: “They’ve been talking a lot about this McGregor/Mayweather thing. Do you still think it’s going to happen?”

White: “No. I never thought it was going to happen.”

TMZ: “You never thought it was going to happen?”

White then moved on to remind people McGregor was currently under contract with the UFC, something that means a McGregor vs. Mayweather bout would be difficult to make happen even if the two superstars wanted it to:

TMZ: “Because McGregor and Mayweather seem to want to make it happen, badly.”

White: “They seem to want the money, probably! But I don’t know how bad they actually want to make that a reality. Listen, Conor’s under contract with me. We can start with kicks, punches, and elbows.”

McGregor is set to break his own pay-per-view records when he meets Alvarez at arguably the biggest MMA event of all time on November 12. If he beats “The Underground King” to earn a second UFC title, it’s anyone’s guess as to where ‘The Notorious’ will go next.

Just don’t count on him fighting Mayweather anytime soon, at least according to White.