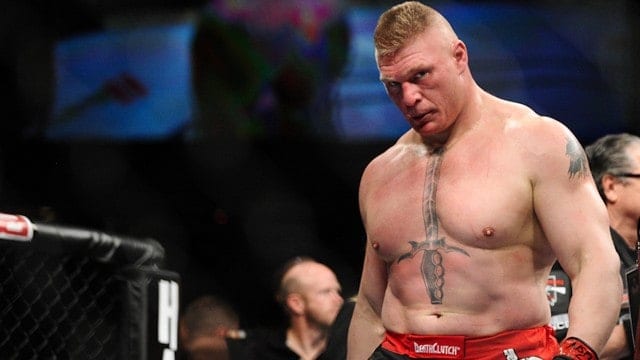 Not surprisingly, the vast majority of the MMA world is anxiously awaiting the return of former UFC heavyweight champion Brock Lesnar, who will return to the Octagon to face power striker Mark Hunt in the co-main event of July 9’s blockbuster UFC 200 from Las Vegas.

You can count former UFC title contender Chael Sonnen among those people.

Never one to miss an opportunity to let his opinion on MMA’s hottest topics be known, ‘Uncle Chael’ sat down with Submission Radio this week to discuss Lesnar’s return and the massive attention it brings:

“He’s a once-in-a-lifetime attraction. If Brock’s fighting, you don’t want to miss it. And this truly will be his last fight. Any time there’s speculation ‘is this gonna be the guy’s last fight?,’ that helps to draw, that helps make you go ‘I don’t wanna miss it.’ For sure this is Brock’s last fight. So yeah man, people want to see it. I’m one of those people.”

Yet even though he’s excited to see Lesnar back in the UFC, he proclaimed a cautionary warning that the hulking WWE superstar, who has been out of action since UFC 141 almost five years ago, was going to get ‘wrecked’ by Hunt, and it was more than obvious:

“You gotta understand, Brock hasn’t been in the ring in five years, Hunt was the number one contender within the last calendar year. So no, you don’t have to be exactly an MMA expert to be able to see how this fight goes. Hunt’s gonna wreck him.” 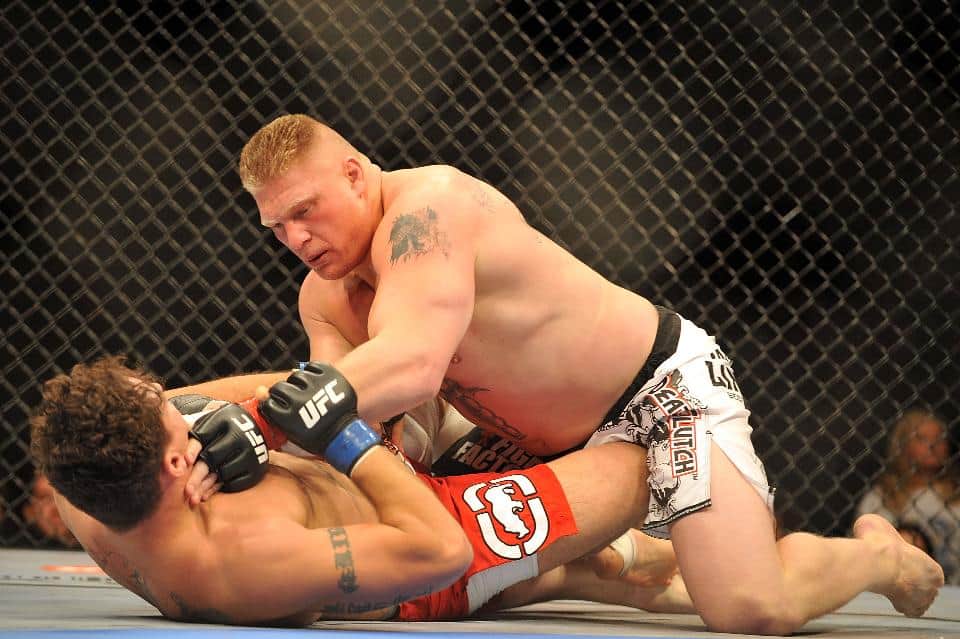 Continuing about his reasoning for the prediction that many agree with, Sonnen noted that Lesnar held a massive size advantage when he won an NCAA Division I national championship in wrestling, the skillset which most believe he will have to utilize in order to have a shot at beating ‘The Super Samoan’:

“I’ll put this in perspective for you. In the NCAA when he won his national title, he was 265 pounds, which was the limit. In the finals, he had a guy that was 220 pounds and he had to go into double overtime with him. There’s not very many wrestlers alive, if any, that if they had a 45-pound weight advantage couldn’t put that guy away in about 30 seconds.”

National title or not, however, Sonnen thinks Lesnar was an effective, albeit not especially technical, wrestler, who used his size to maintain position and get the win. That said, Sonnen predicted a similar strategy might not work against Hunt at UFC 200:

“So he was an effective wrestler, but you know, he had some size and he had a lot of other things to help him get his hand raised. It wasn’t skill and technique. He kept good position, he was a good competitor and he achieved some really great things. So I don’t think that a guy as short as Hunt is just gonna get bum-rushed and taken down.”