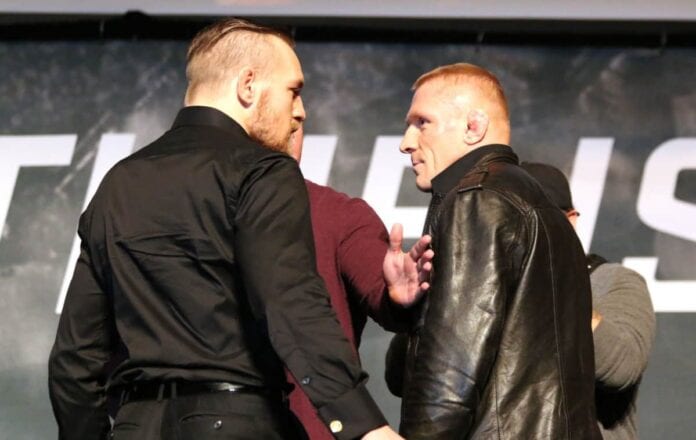 UFC Fight Night 59 is 48 hours away from going down this coming Sunday (January 18th, 2015). The promotion returns to Boston, Massachusetts, the hometown of UFC president Dana White. The main event is somewhat labelled as a squash match in most circles, as streaking featherweight force Conor McGregor takes on German dude Dennis Siver.

The promotion spared no expense in shining a big light on “The Notorious” in the lead up to this bout, and the spoils for the Irish sensation should he win is a big factor. A bout against current featherweight kingpin Jose Aldo is on the horizon for McGregor, but is everybody overlooking his unsung opponent at UFC Fight Night 59?

It’s a given that McGregor is something special, he is certainly one of the most elite in the division, which is what makes him a heavy favorite in this bout. What of Siver though? The kickboxer could well go to his wrestling game, which he display in drips against Charles Rosa last time out.

All the talk of “The Notorious” not facing a wrestler en route to a title shot, maybe Siver has been practising hard on his ground game for the fight on Sunday. As unlikely as it seems, there is always the chance that McGregor could get upset here.

That being said, it’s highly unlikely. All the same, who do you think will win the UFC Fight Night 59 main event?