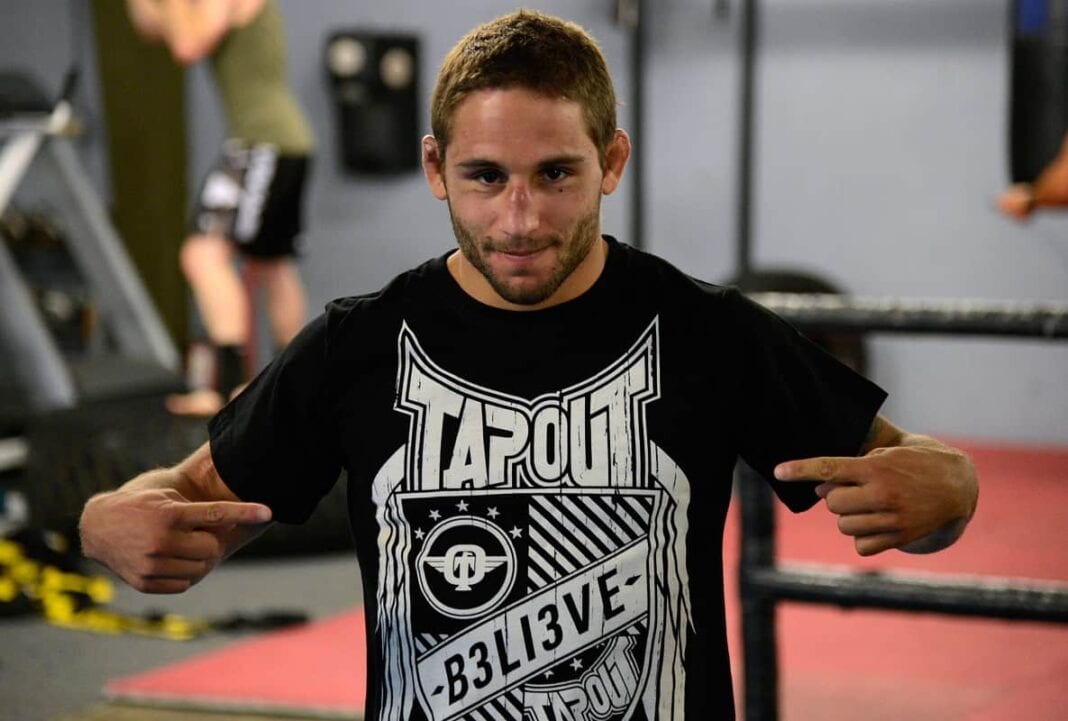 Last night (Tues., June 30, 2015) the mixed martial arts (MMA) world was subjected to the unfortunate news that they already had a good idea was coming when featherweight champion Jose Aldo was painfully forced out of his awaited UFC 189 title fight showdown with heated rival Conor McGregor.

Top-ranked former title challenger Chad Mendes, who was waiting in Las Vegas on standby to face ‘Notorious’ if Aldo was unable to go, promptly stepped into ‘Junior’s’ big shoes to face off with the Irish master of words for an interim title at the July 11 spectacle from the MGM Grand Garden Arena in Las Vegas, Nevada.

Although ‘Money’ has already been taken to the bank by Aldo twice, many believe that Mendes does in fact possess some different skills that could potentially give McGregor more problems than Aldo would have, especially considering the general consensus that an angry Aldo was more than willing to stand and trade with ‘Notorious’ to prove a point.

Mendes’ perceived advantages rest namely in the form of his top-shelf wrestling ability, an area of MMA that many feel McGregor has not yet been tested by a truly elite competitor. While ‘Notorious’ has run through the five UFC opponent he’s faced thus far, his haters maintained that he had never beat a wrestler and should have been made to face either Mendes or Frankie Edgar to truly earn his shot at gold.

Now, that test has been made official (albeit in a roundabout way), and there’s no doubting that Mendes does present a different, and perhaps more well rounded challenge, than an angered Aldo would have. True, Mendes has already lost to the decorated champion twice before, but MMA math rarely if ever adds up and this is undoubtedly going to be one of, if not the, toughest fights of McGregor’s career.

Taking all of that into account, do you believe that Mendes presents a tougher challenge for McGregor, or would the dominant Aldo still have been the more difficult fight?