LowKickMMA.com
Home Polls Poll: Who Will Be UFC Lightweight Champion At The End Of 2015? 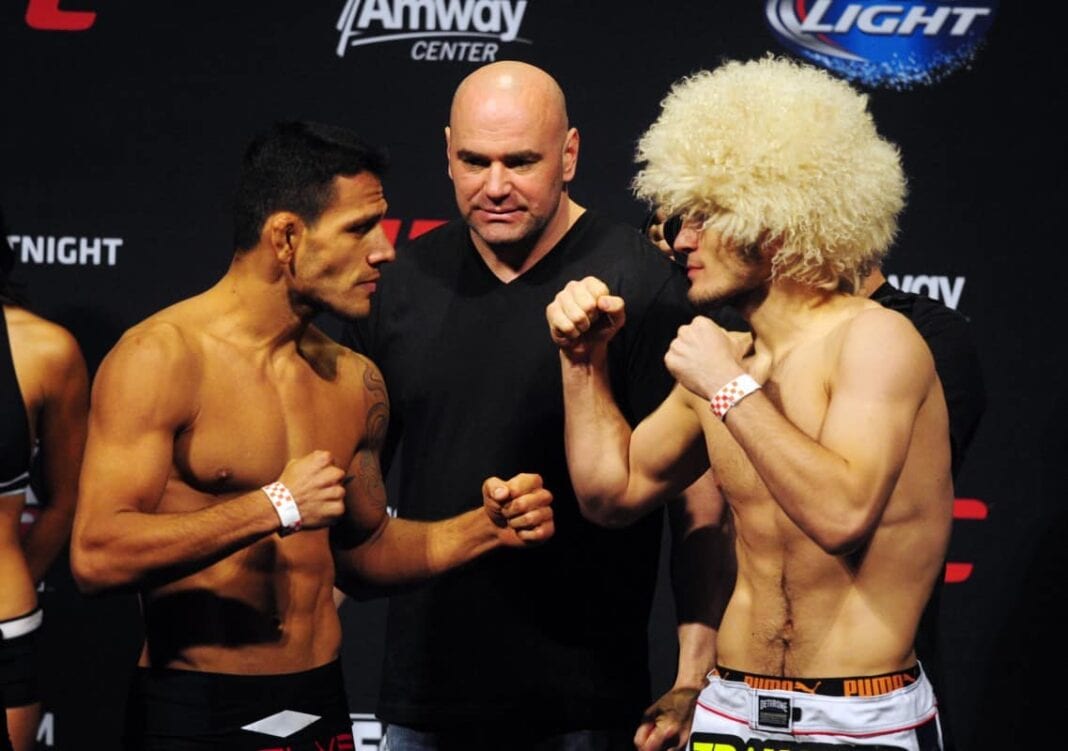 It’s safe to say the UFC lightweight division got a serious shake-up when Rafael dos Anjos demolished Anthony Pettis over the course of five rounds in the main event of last weekend’s UFC 185 from Dallas, Texas.

The heavy underdog used a brutalizing mix of effective takedowns and no-nonsense striking to dethrone the former champ, whom many thought to be the UFC’s next superstar destined to top the pound-for-pound lists for years to come.

But “RDA” threw a big wrench in those gears, and now the 155-pound landscape is wide open when it comes to the top of the division. Dos Anjos could be on the sidelines for a decent amount of time as he heals up from a possibly torn MCL, but that’s not necessarily the worst thing in the world (as it was when Pettis missed the next 15 months off with a knee injury after he won the belt from Ben Henderson).

Smothering Dagestani wrestler Khabib Nurmagomedov will return from a knee injury of his own to take on No. 3-ranked Donald “Cowboy” Cerrone at May 23’s blockbuster UFC 187 card in a bout that will almost assuredly bring forth the next lightweight title contender.

Most are picking “The Eagle” to defeat Cerrone with his world-class grappling skills, which in turn would set up a dos Anjos vs. Nurmagomedov rematch for the belt sometime later this year. Nurmagomedov already beat dos Anjos with a rather one-sided display of wrestling last April, so he has to be the odds-on favorite to emerge with the title.

However, he’s coming off a serious injury and will be battling the fighter who arguably has the most momentum in all of UFC in Cerrone, who’s won seven straight fights since late 2013.

Pettis could also buck the odds and sneak into another title shot of his own if an injury or two throws a wrench into those laid-out plans. Based on the UFC’s unfortunate injury track record as of late, it wouldn’t be too much of a surprise to see that happen.

Taking all of that into account, who do you think will be UFC lightweight champion by the end of 2015?