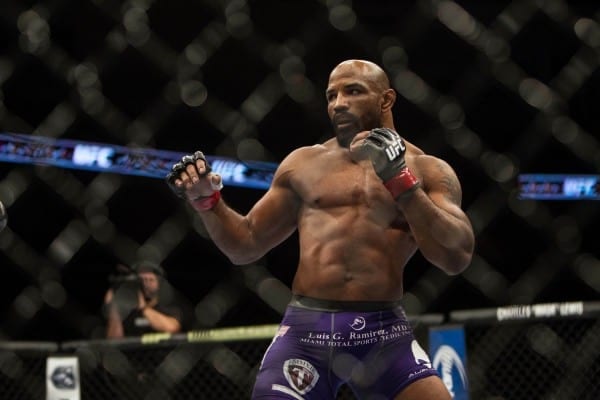 Yoel Romero undoubtedly had his coming out party at last night’s (Sat., June 27, 2015) UFC Fight Night 70 from the Seminole Hard Rock Hotel and Casino in Hollywood, Florida, decimating former champion Lyoto Machida with a vicious series of elbows (video highlights here) to cement himself as one of the top players in the talent-rich upper level of the UFC middleweight division.

It should have been a time to celebrate, but unfortunately Romero chose to cast a cloud over his momentous victory with a controversial post-fight speech, that, depending on your interpretation of his words (he grew up speaking Spanish in his native Cuba and has a thick accent), could have easily been construed as a pure blasting of America for their recent decision to approve gay marriage in the United States.

Romero was quick to refute the notion of him having any negative intentions at the post-fight press conference, offering a long-winded and confusing explanation that didn’t really seem to have much to do with what he said in the cage. He spoke about the American dream and such, but it’s hard to believe his focus was on respecting America when his rant contained sentences like, ‘USA? What happened to you?’

There are several schools of thought today as the controversy has obviously lead to many different interpretations and troll-worthy back-and-forth battles on the Internet.

Here, we’re just going to put this in simple terms with a poll featuring two options to determine somewhat of a general consensus. Do you think Romero was misunderstood at UFC Fight Night 70, or is he playing damage control with a foolish statement that his employers quickly made him atone for?