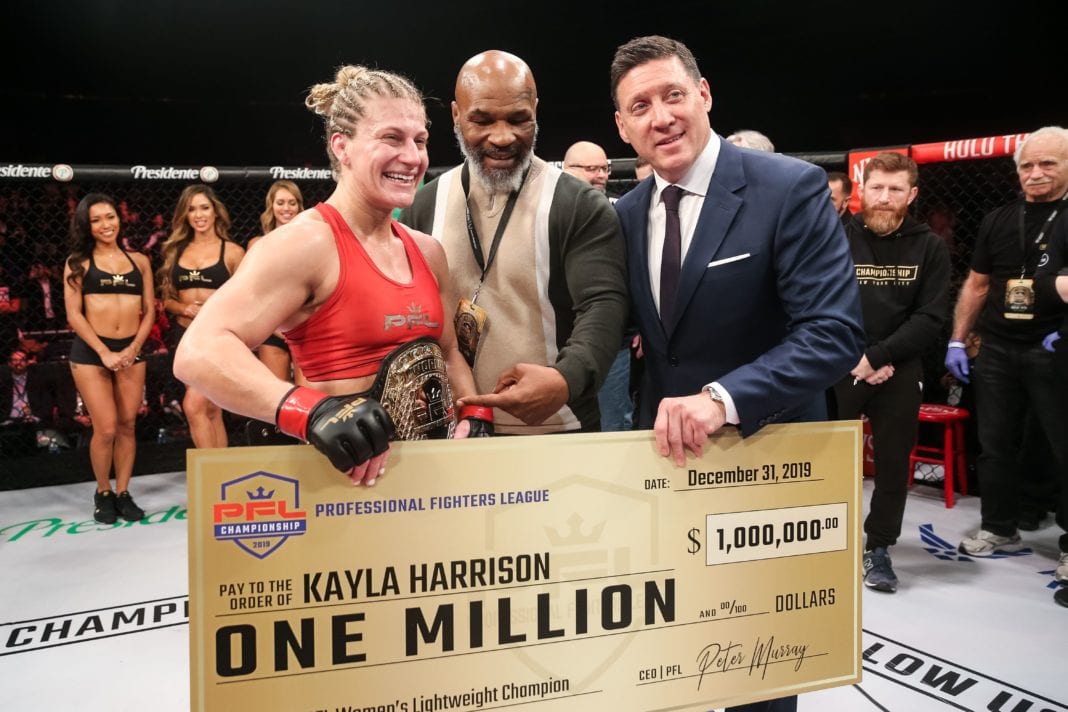 The Professional Fighters League (PFL), announced today that it would be holding its inaugural PFL award show, which will air on ESPN+ in March.

The PFL Award show is set to become an annual event and will feature ten award categories. Fans will be able to cast their votes online between February 26 – March 1, with voting taking place exclusively on Twitter.

“2019 was a record year for the PFL on ESPN, doubling our Championship audience with over 400,000 TV viewers in the U.S., and over two million globally. This success is attributed to our great fighters, many of whom had to fight five times last season for a shot at the $1 Million Dollar Championship,” said said Peter Murray, CEO of the PFL.

“Through the PFL Awards, we will shine a light on the many fighter achievements and moments deserving of recognition. Our voting process is unique – fans, media, and fighters, along with the league, have a say in who brings home the awards.”

The full list of categories and nominees for the 2019 PFL season are as follows:

Fighter of the Year – Men

Fighter of the Year – Women

Knockout of the Year

Submission of the Year

Professional of the Year

Holy S#!+ Moment of the Year

On Notice ( Fighters to watch)