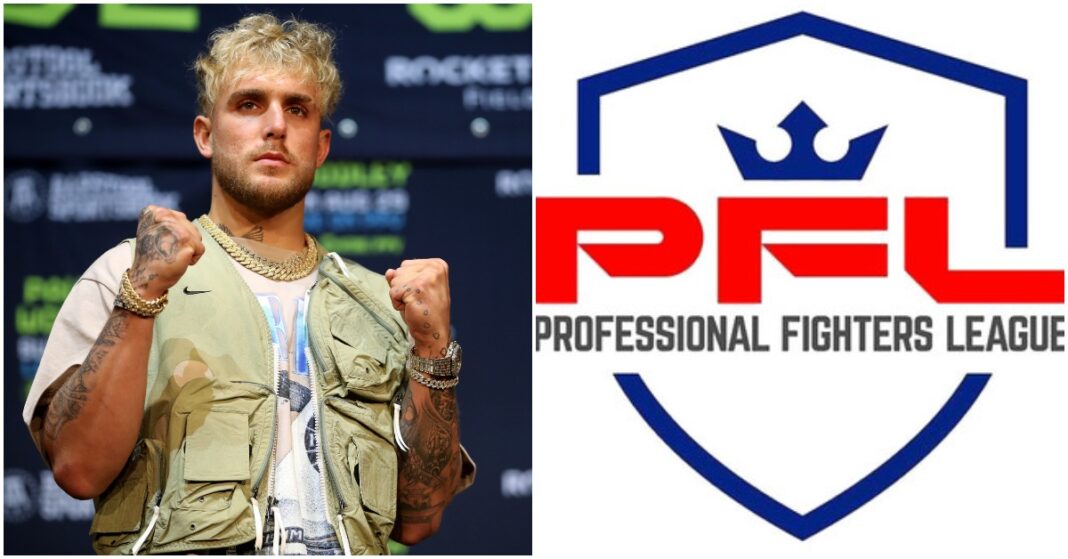 Jake Paul has expressed his interest in stepping into the world of MMA in the future following on from his successful start in boxing, and it appears the PFL is open to offering him a home within the sport.

Reports suggested that Paul had begun initial talks with the PFL about switching over to make his debut, these comments were later confirmed by PFL CEO Peter Murray who had admitted talks had taken place between the pair.

“Hey, listen, you know, if any major athlete that is considering and wants to get into MMA, of course, the PFL is in the conversation.”

“What the PFL is about is offering fighters opportunities and fans access to great events. Jake has certainly got a large global following. He’s got a strong point of view. He’s a real athlete, and he’s established himself in boxing. And, you know, if he’s looking at MMA as that next opportunity in parallel, perhaps with boxing, of course, we’re going to have a conversation.”

It appears Jake Paul is serious about this move also after ‘The Problem Child’ uploaded a video to his social media practicing throwing leg kicks, in what appears to be his attempt to learn the correct techniques before making the switch.

Despite the controversy he may cause, Jake Paul had a successful year competing within boxing. He went 3-0 in 2021 which included victories over two former UFC competitors in Tyron Woodley and Ben Askren. Paul would viciously KO Askren in April before beating Woodley via decision the first time around and then going on to knockout the former UFC welterweight champion in their December rematch.

Paul’s antics away from the ring may not always be the best, however, Murray has made it clear of his intentions at the PFL and what they are aiming to do.

“It doesn’t mean the PFL supports his detailed manifesto, It’s not about that. What we’re about is providing opportunities for fighters and great events for fans. Simple.” (Transcribed by MMAJunkie.com)

Do you think Jake Paul will compete within MMA?