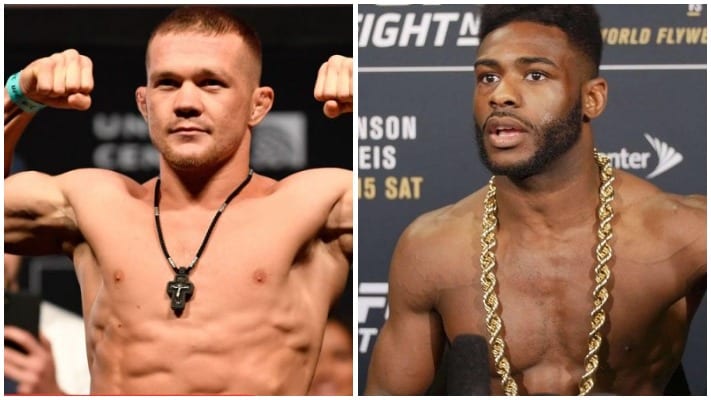 Yan was originally set to defend his title for the first time against Sterling in the UFC 256 headliner on December 12. However, it was recently reported that the fight was off and would take place at a later date. It wasn’t reported to be an injury for Yan either which led many to wonder what led to the postponement.

According to Yan, it was visa issues.

Speaking to fans on Instagram Live on Monday (via RT), the Siberian-Russian revealed multiple factors related to his visa led to the fight being off. However, things are looking good for the fight to take place early next year.

“Everything’s in force for the fight. It’s going to be postponed for about a month and a half, but everything’s in order,” Yan said. “There were different problems, with the flight, with the visa, during training I flew away for a visa deadline, lots of factors.

“We decided with the team to move everything to next year, perhaps the card will be more suitable. … Everything is good, training continues.”

While for previous fights, Yan may have gone ahead with taking risks with his preparation, this time is different.

“In the past, I could fly out to battle without thinking about anything, I could take risks,” Yan explained. “Now I need to do everything right, so that afterwards there won’t be any, ‘this wasn’t right, that wasn’t right.'”

Regardless of when the title fight is eventually rebooked, “No Mercy” remains confident of emerging on top.

“I see that I can beat him, it would be stupid not to believe in yourself,” he added. “The fight will happen.”

Yan became the bantamweight champion after winning the vacant title following a fifth-round TKO win over Jose Aldo at UFC 251 in July.

What do you make of Yan’s comments?