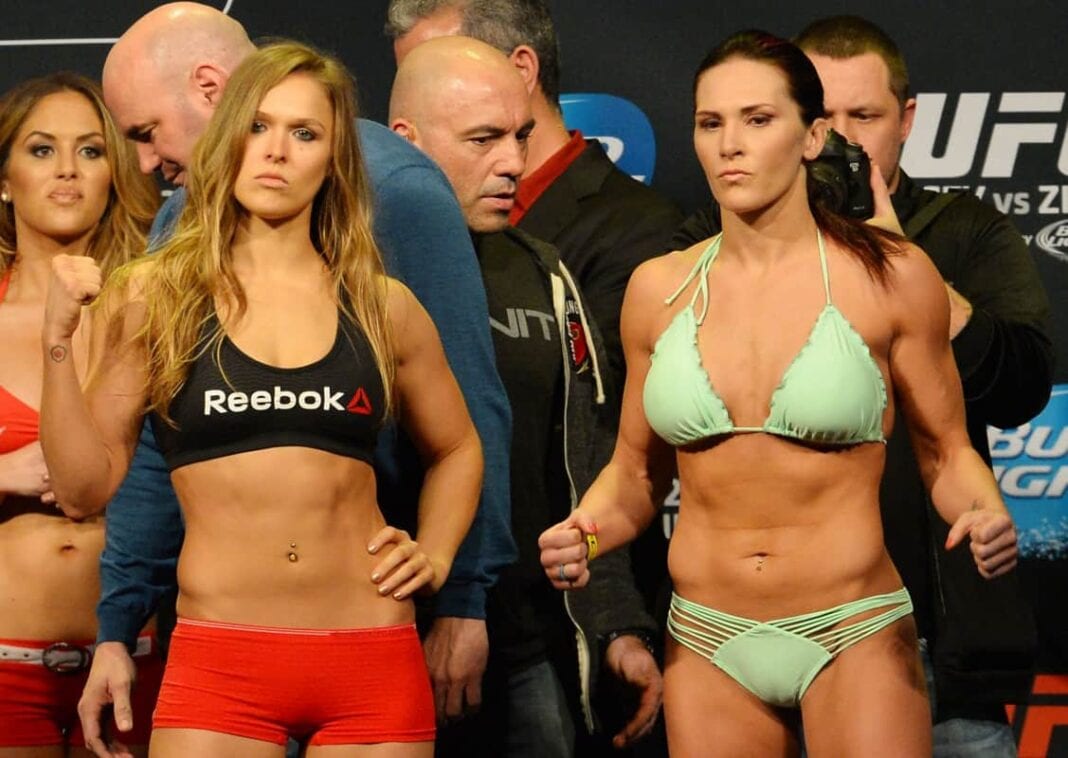 It’s hardly a secret that undefeated UFC women’s bantamweight champion Ronda Rousey is one of the biggest stars of MMA in right now heading into her title fight against Cat Zingano in the main event of UFC 184 tomorrow night (February 28, 2015).

What may a surprise, however, is that news broke today that Rousey will make a lower base salary than her challenger Zingano, as LA Times reporter Lance Pugmire Tweeted that the champion will make $65,000 to win and $65,000 to show while Zingano will take home a cool $100,000 for each:

California commission tells me @RondaRousey guaranteed purse is 65,000 dollars and 65,000 more with a win.

But apparently that’s only half of the story, as Pugmire stated that a UFC official told him that Rousey understandably has back-end pay-per-view points that should push her total earnings for UFC 184 well past $1,000,000:

Told by @ufc official that @RondaRousey pay per view back end cut will allow her to surpass 1 million in earnings for this fight.

The UFC states that official fighter salaries do not include discretional and/or locker room bonuses in addition to PPV points, and this is obviously a glaring example of where a fighter makes exponentially more money from avenues other than their base salary.

The amount of attention that Rousey brings is undoubtedly worth her rumored $2-3 share for every PPV buy over 100,000, and her long-awaited showdown with Zingano should push well past that.

She also has a lucrative sponsorship deal with Reebok, who will produce the controversial UFC uniforms that are set to go into effect at International Fight Week in July. All told, Rousey is definitely challenging for the title of top moneymaker in all of MMA with Georges St. Pierre still retired, Jon Jones suffering from a failed drug test for cocaine before UFC 182, and Anderson Silva undergoing even more disgrace due to multiple failed drug tests for anabolic steroids leading up to and during UFC 183.

‘Rowdy’ is the undisputed pioneer and face of women’s MMA in the UFC, and her payday is going to show it tomorrow night. Will a much bigger haul be awaiting her if ‘Cyborg’ beats Charmaine Tweet in the main event of Invicta FC 11 tonight?