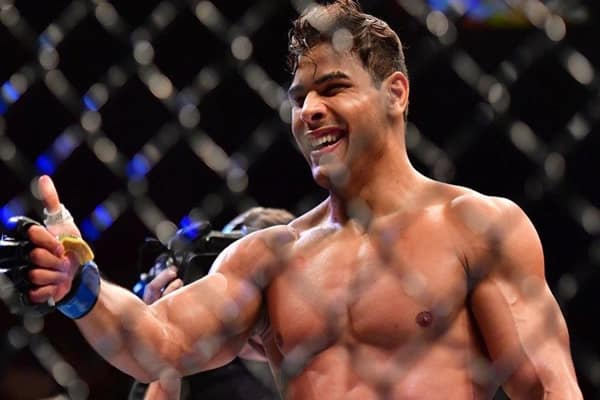 UFC middleweight contender Paulo Costa has not fought in almost a year but knows who he wants in his return.

ESPN’s Brett Okamoto tweeted on Monday about an update he got from Costa’s manager, Wallid Ismail. In the tweet Ismail told Okamoto that they are pushing for a fight with another middleweight contender, Marvin Vettori.

Costa has not fought since September of 2020. That fight he lost in a title bout against current champ Israel Adesanya via second round TKO. His comeback fight was supposed to be against Robert Whittaker in April but he pulled out of that one because of an illness.

He was then scheduled to fight Jared Cannonier in August of this year but withdrew and was replaced with Kelvin Gastelum. Costa said his withdrawal was due to a discrepancy in pay with the UFC. Since then ‘Borrachinha’ was been going back and forth on social media with multiple middleweight fighters, including Marvin Vettori.

During his time in between fights, Costa also made the claim that he was hungover for his title fight. He said that he drank a whole bottle of wine to try and get some sleep before his fight. As a result, Costa said he was groggy and not fighting like himself.

Marvin Vettori’s last fight was also a loss against the current middleweight champ last month. He lost via unanimous decision and said that he did not do enough in that fight to get the win.

What do you think of a fight between Paulo Costa and Marvin Vettori?