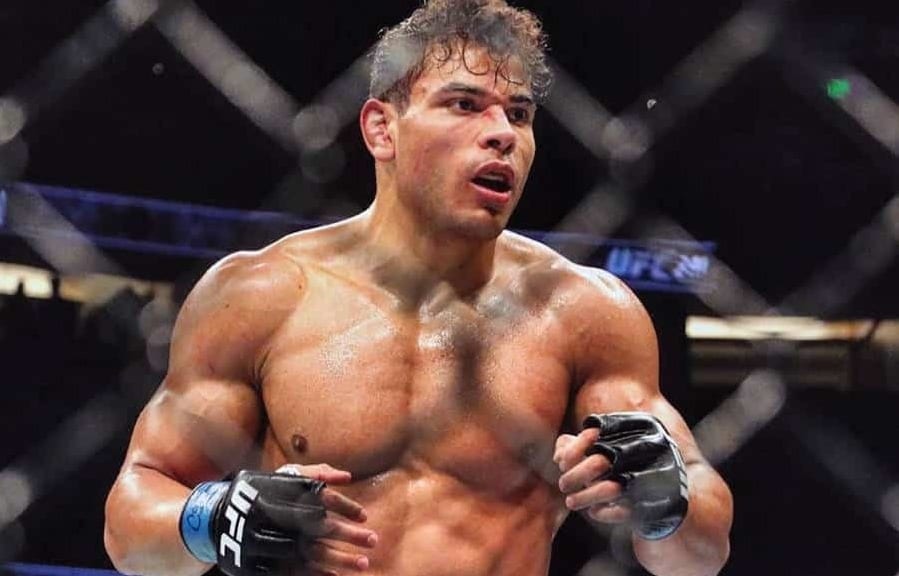 UFC Middleweight Champion Israel Adesanya and No. 2 ranked middleweight contender Paulo Costa have been going at it nonstop on social media for some time now. ‘The Last Stylebender’ had some comments for the challenger that he shared with Submission Radio yesterday.

The champion was asked what his thoughts were on the Paulo Costa he saw in the ESPN interview a few days ao, the first time they were able to speak to each other. Adesanya answered that he wishes that this fight happened before Covid-19, because then he could see him face to face leading up to it.

He also mentioned that he asked Costa a question in the ESPN interview. Denis Shkuratov asked, ‘what kinda stuff were you asking him?’ Adesanya responded, ‘The last time he got tested.’ Kacper Rosolowski then asked, ‘what did he say?’

“And you’ve heard stories about Brazil with people running up in gyms to test people, and they’re not complying because of certain things, but yea, I just know what it’s like.

“But I don’t mind. I just like bringing that up because I want it to be known, because I said on record, I’m gonna pop him before USADA pops him. I’m gonna beat him, and then when he gets caught by USADA down the line, (I’ll) be like yep, I still whooped his ass even when he was on steroids. That’d make a great story.”

Costa has been playing along with Adesanya’s allegations, claiming he hasn’t even been tested, and it’s pretty entertaining.

It’s never cool to make assumptions about a fighter being on performance enhancing drugs, but this isn’t the first time Adesanya, or others have mentioned this with Costa’s name. He was flagged by USADA after his UFC 212 fight with Oluwale Bamgbose for using an IV to rehydrate. People also use IV’s to help aid in flushing banned substances from their systems.

Again, it’s not fair to make assumptions. But when you cut that much weight (40 lbs) and you’re all solid muscle, have that much power, and that good of endurance, it is hard not to put it into question.

Nonetheless, this is only the second fight in UFC history where a title is on the line and both the champion and challenger are undefeated, and they’ll settle their differences at UFC 253 on September 26.

Do you agree with the champions claim that Costa is a dirty fighter?