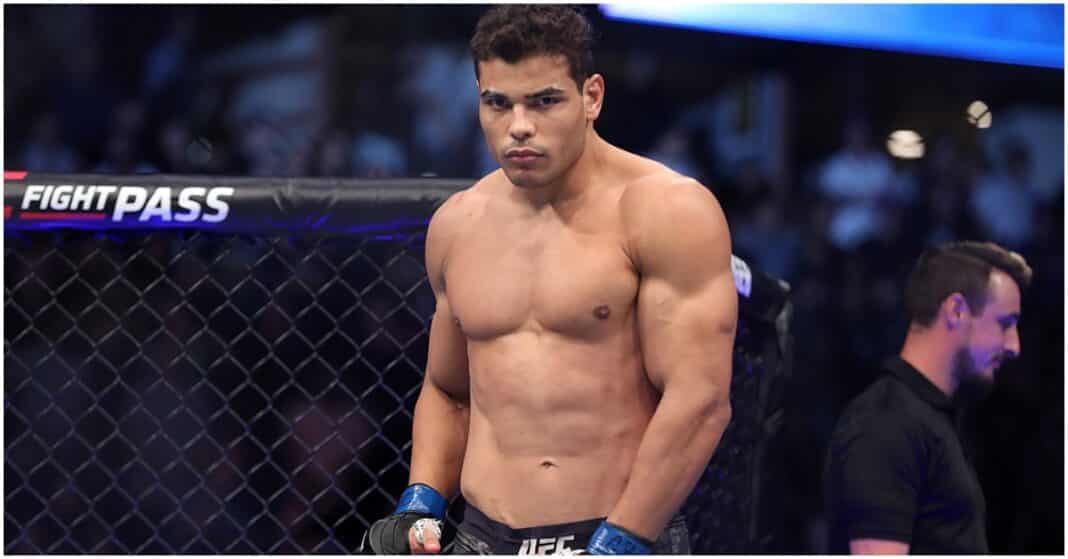 Paulo Costa has explained why he was unable to make the middleweight limit ahead of his fight with Marvin Vettori at UFC Vegas 41.

The Brazilian knockout artist announced on Wednesday that he weighed 211lbs and would not be able to make his contracted weight of 186lbs.

After some back-and-forth, the two men agreed to fight at 195lbs. ‘Borrachinha’ quickly backtracked on that deal and the UFC Vegas 41 main event eventually ended up being a light-heavyweight fight.

On the night, Costa suffered a unanimous decision loss to ‘The Italian Dream’ who beat him to the punch for large parts of the five-round fight.

At the post-fight press conference, Costa explained that his massive weight issue was brought on by his inability to train for a few weeks due to an injured left bicep.

“I came in a little bit higher [in] weight because I needed to stop some weeks of training,” Costa said.

Costa was keen not to make any excuses for his defeat and was quick to give Vettori props following a great fight.

“The only problem is I lost this fight, so it will look like an excuse,” Costa said with a laugh. “I don’t have an excuse for anything. I did a good job there — Marvin as well. Congratulations to him, and to me, I think. But I had some problems to not come in here with my usual weight.”

Costa doesn’t feel bad about the impact his weight issue had on Vettori.

“No, no, no way,” he said. “No, of course not, [I didn’t feel bad about that]. I came here and the UFC suggested to fight at a catchweight or 205, and I just said yes, let’s go. I don’t care for weight. This is a fair fight. Both guys made weight on the same day at the same limit, so what could be more fair than that?” (Transcribed by MMA Fighting)

Despite his injury excuse Costa will not be allowed to return to middleweight according to UFC president Dana White who confirmed post-fight that he will compete at 205lbs moving forward.

Do you think Paulo Costa can still make middleweight?