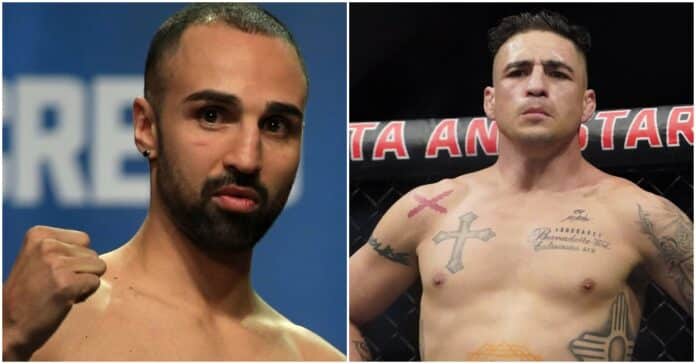 Malignaggi last had a bare-knuckle fight against Artem Lobov back in 2019 when he lost via decision. The former boxing champion is saying that his second fight with the promotion may be against Diego ‘The Nightmare’ Sanchez.

“I got offered to fight Diego Sanchez in BKFC,” Malignaggi claimed while on The Schmo on YouTube. “Actually, me and Diego were in contact, discussing even a gloves fight. It’s possible. I personally have a preference that I’d rather not, but if the money gets really good, you start to make me consider it. We’ll see. I never say never.” (MMANews)

Sanchez has been in rumors to fight in a bare-knuckle league a few times now. His most recent has been the possible matchup against Dillon Danis at Gamebred FC. Sanchez did say earlier this year that he would be open to signing with BKFC. He called the possibility of joining the league fun and something he’d be down for.

Sanchez was released from the UFC in April. He had lost four of his last seven fights before being released from the UFC. One of those wins being a DQ win over Michel Periera at UFC Fight Night 167. Although Malignaggi had stated he retired after the Lobev fight, but it seems as if he is considering coming back.

Sanchez stated before that he would need at least one boxing match before he got in there to fight bare knuckles. He wants to get his hands going and make sure he is 100% ready to go. The margin for error in a bare-knuckle brawl is a lot thinner than a fight with gloves.

Would you want to see Paulie Malignaggi fight Diego Sanchez at BKFC?