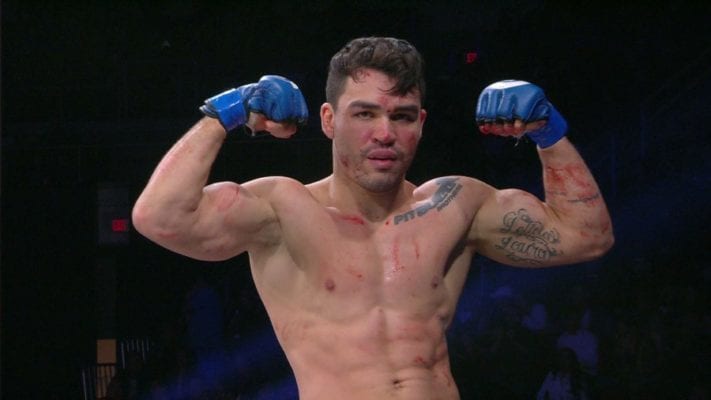 Bellator Lightweight Patricky Freire says he has a “surprise” in store for two-division UFC champion Conor McGregor at the upcoming Bellator Dublin card.

Freire is scheduled to take on McGregor’s teammate and close friend Peter Queally at the Bellator Dublin event on October 3rd. The card will feature several other members of Freire’s team taking on fighters from SBG Ireland, where McGregor and Queally both train out of with Coach John Kavanaugh.

McGregor has previously attended Bellator’s events in Dublin to support his teammates, and Freire believes the Irishman may be in the building for this card too.

If McGregor does attend, it sounds like Patricky Freire could have a surprise in store for him.

“I know Conor will be sitting in the front row, just like he was last time,” Freire told Bloody Elbow. “That does motivate me more. When I win this fight, I’ll have a surprise for him. There’s been some beef between me and Peter since the staredown in New York. Things got a little wild in the press conference. In fact, I was the one who started it. I attacked the SBG guys. This card that will happen in October will be Pitbull Brothers vs. SBG. One of those SBG guys, James Gallagher, he talks too much.”

“He’s always messing with me and my brother.” Patricky continued, expanding on his issues with McGregor and his team. “I told him to stop messing with me, I’m two weight classes above him. I told him he was always running away from a guy from my gym. When I said that, things got wild. He’s always running away from Leandro Higo, I want Bellator to make that fight happen. I don’t know why it’s not booked for that card yet. I don’t know if he’s ducking Higo. If he took that fight, there would be a big chance of Gallagher losing.”

When Freire steps into the Bellator cage with the McGregor stablemate, Queally, he seems to be confident in his ability to have his way with him,

“I’m absolutely sure I’ll knock him out,” he said. “I’m not saying this because I underestimate him, it’s because of the moment I’m at right now. I’m very confident in my evolution as a fighter. I’m doing everything to evolve and I know I am. Everyone at the gym tells me that. My results speak for themselves.”

Certainly some interesting words from Freire here. Do you think Conor McGregor will be at Bellator Dublin? How do you foresee this situation playing out?