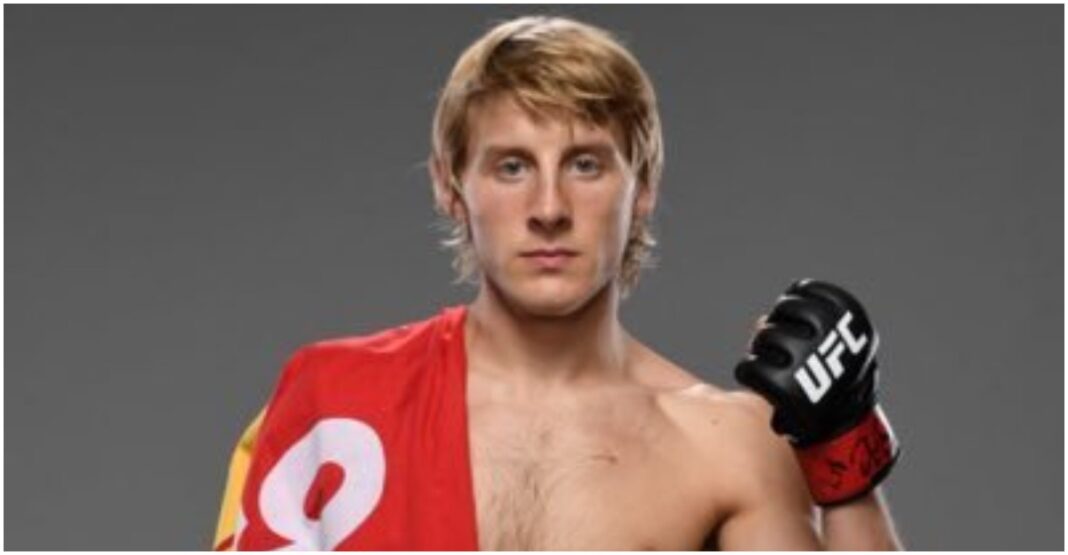 The criticism came from Woodhouse following Liverpool fans booing the national anthem before the game got underway at Wembley Stadium.

Paddy Pimblett Backs His Own

“Why do Liverpool fans boo the National anthem? Embarrassing,” Woodhouse wrote on Twitter.

“The embarrassing thing is you know exactly why it gets done you are just coming on here to tweet about it for a reaction like a six year old kid, badly need to grow up you, you know fella,” Paddy Pimblett responded.

“Everybody wants justice, not just scousers. We all want it.” Woodhouse came back.

The Baddy continued to bite back at the retired footballer, turned boxer: “Why are you even questioning why we boo it then? If you understood, you wouldn’t even be asking that question.”

Pimblett later referenced the Hillsborough disaster: “How does the fact we still want justice make zero sense? What have you been smoking today big man”.

Woodhouse pleaded, stating he does understand why Liverpool fans boo the country’s national anthem but struggles to find the logic in doing so.

Prince William, who is next to take the British throne after his father, Prince Charles, was in attendance on Saturday, and the fans didn’t take kindly and let Charles know their thoughts with an onslaught of boos.

“I utterly condemn any fans who booed Prince William at Wembley today,” he said.

“The FA Cup final should be an occasion when we come together as a country. It should not be ruined by a minority of fans’ totally shameful behavior. In this year of all years – the Queen’s Platinum Jubilee – this is dreadful.”

Conservative MP Karen Bradley and Liberal Democrats frontrunner Sir Ed Davey also made comment on the situation as a whole.

“It is utterly unacceptable and disgraceful that fans booed Prince William. I would urge the FA to take all necessary action and pursue those responsible,” Bradley said.

“We have the most wonderful Monarch and those fans who booed do not represent their clubs or our country,” Davey said.

What do you make of Liverpool fans booing the national anthem and Paddy Pimblett’s comments?