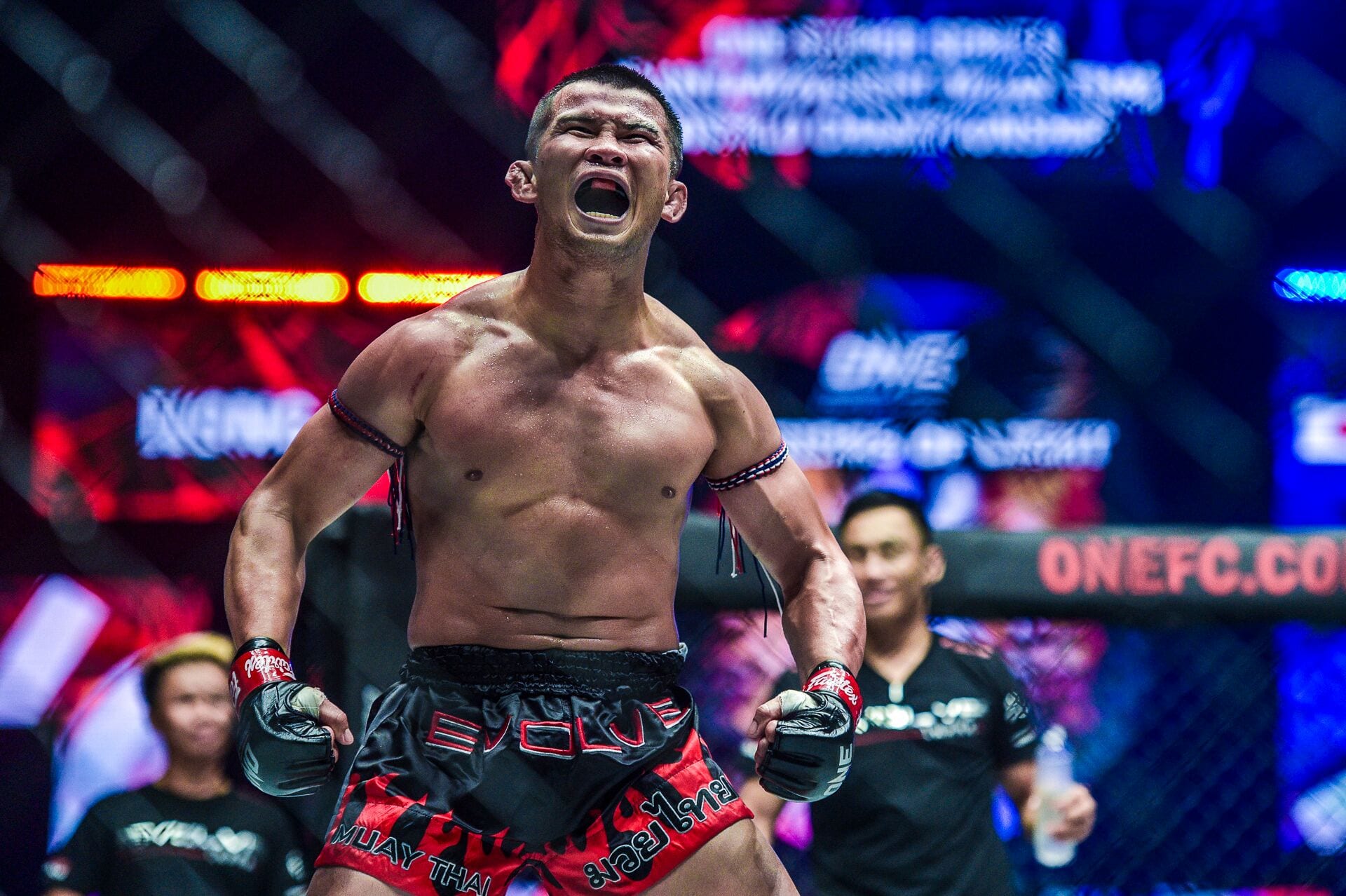 ONE: Warriors Of Light took place today in Bangkok, Thailand. The 12-bout card contained plenty of action with half of the bouts ending in a stoppage.

In the main event, Thailand’s Nong-O Gaiyanghadao successfully defended his Bantamweight Muay Thai World Title with a unanimous decision victory over Japan Hiroaki Suzuki. After a cagey opening round, Nong-O took control of the contest in the second. From then on he never looked in any real danger.

Suzuki was unable to establish his attacking rhythm due to the Thai’s drumbeat of body shots to Suzuki’s left side. Nong-O found his target early in the bout and throughout the duration of the contest kept returning to the same spot over and over again.

To his credit, Suzuki never stopped looking for an opening but despite his best efforts, the 34-year-old was unable to unlock the Thai’s defense. It was a comprehensive victory for Nong-O, and it will be interesting to see who ONE pairs him with next.

The contest was halted at the start of the fifth due to a low blow from the Thai rendering Mahmoudi unfit to continue. It was a disappointing end to what up until that moment had been an exciting and free-wheeling matchup.

Both men had come to fight but it was Mahmoudi who landed the first heavy shot seconds after the fight started. Unfortunately, it was an elbow, illegal under kickboxing rules. The referee gave Mahmoudi a yellow card for the illegal strike.

However, undeterred the 21-year-old set the pace in the opening round, throwing his shots in combinations and earning the Thai’s respect. Petchdam came into the fight having knocked out his last three opponents. Right from the start of the second, the 20-year-old seemed keen to add Mahmoudi to that list.

Mahmoudi was not giving away any ground despite Petchdam’s best efforts. The pair continued to trade powerful shots as the round ticked by.

Going into the fifth it felt like the fight was evenly poised. To have the bout end due to an accidental low blow was frustrating for both fans and fighters. Hopefully, these two square off again in the future as it does feel like there is unfinished business here.

California’s Janet Todd earned her first ONE Championship victory when she defeated Chinese Taipei’s Wang Chin Long via TKO. The bout was fought under kickboxing rules.

Todd dominated the fight right from the start. The 33-year-old set the tempo of the contest, always moving forward and landing the cleaner and heavier shots. After going the distance with a fighter as ferocious as Stamp Fairtex Ching Long, seemed to offer nothing that the American needed to be concerned with.

It was a professional and complete performance from Todd and confirmed her status as one of the best female stand-up fighters in the Super Series.

ONE: Warriors Of Light Full Results: