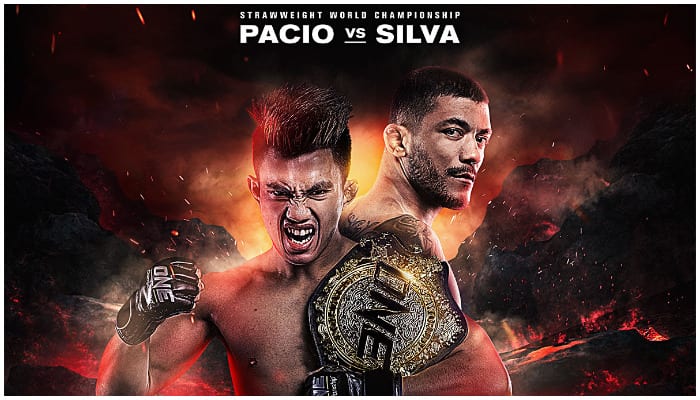 ONE: Fire & Fury is set to go down on Friday, 31 January inside the Mall of Asia Arena in Manila, Philippines.

The eleven-bout card will be headlined by a ONE strawweight world title clash between defending champion Joshua Pacio and former champion Alex Silva.

After riding a three-bout losing streak, Brazil’s Silva has chalked up two straight wins by beating Stefer Rahardian and Xuewen Peng. Pacio will provide a big step in competition for Silva, and the odds are that the hometown fighter gets the win on Friday night.

The 24-year-old Pacio has emerged as one of the world’s top strawweight fighters over the past few years and combines impressive wrestling with solid striking.

Silva has never stopped an opponent via strikes, with eight of his nine wins coming via submission. Pacio will feel confident that he has the measure of Silva on the feet and will also back himself to, at the very least, nullify Silva ‘s ground game.

Aside from the main event bout fans will want to keep an eye on the returning Team Lakay fighters Eduard Folayang and Danny Kingad.

Here is the full line up for ONE: Fire & Fury