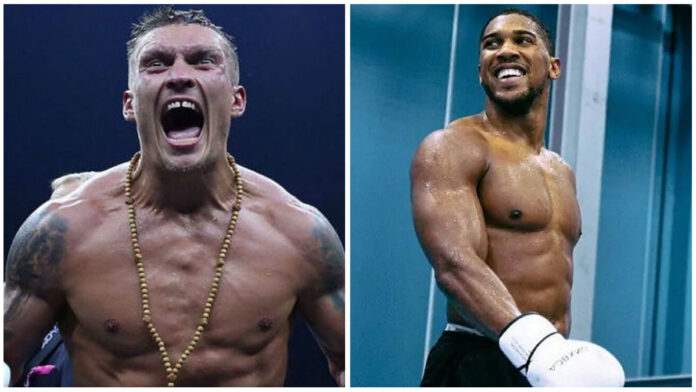 Oleksandr Usyk has revealed why he decided to return to the ring for a rematch against Anthony Joshua.

Reigning WBA, IBF, WBO, and IBO heavyweight champion Oleksandr Usyk is set to take on the former title holder Anthony Joshua in a rematch almost a year on from their first encounter this August 20. Usyk was one of the athletes who returned to Ukraine to defend their homeland from the ongoing Russian invasion.

Ahead of his highly anticipated return to competition, Oleksandr Usyk spoke to a group of reporters detailing his reason to come back.

“I went to the hospital where soldiers were wounded and getting rehabilitation from the war,” Usyk told a group of reporters, according to Reuters. “They were asking me to go, to fight, to fight for the country, fight for your pride and if you’re going to go there, you’re even going to help more for our country.” (h/t Bloody Elbow)

Two days after Russia’s invasion of Ukraine started, Usyk urged Russian President Vladimir Putin to cancel the operation and withdraw their troops from the foreign land. Usyk returned to Ukraine a few days later along with fellow boxer Vasiliy Lomachenko to defend the territory.

Usyk was allowed to leave in late March to prepare for his rematch with Joshua that’s expected to take place in Saudi Arabia. Although Usyk wanted to stay in the country, he realizes the opportunity could mean more for his people.