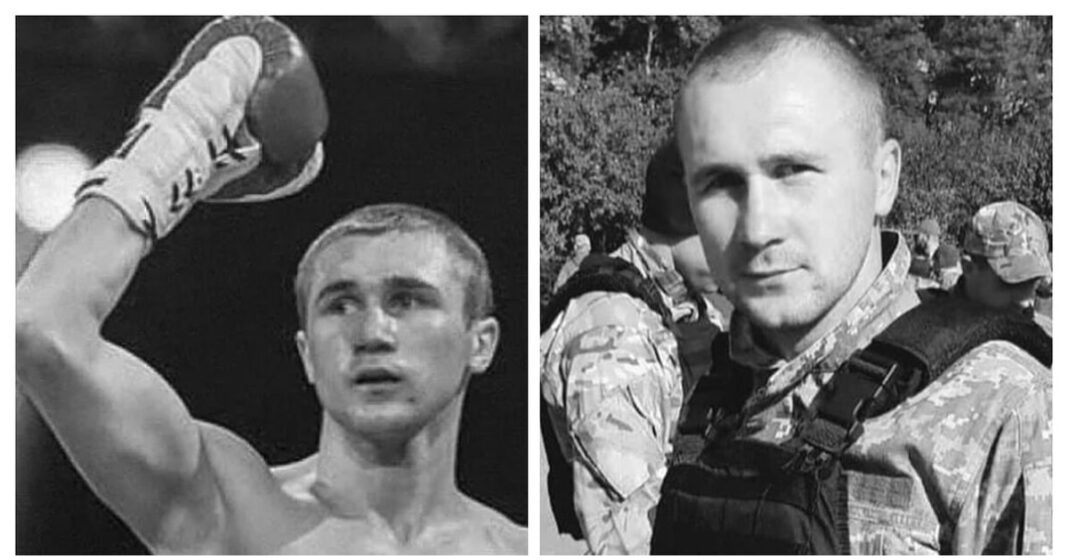 Prudky, a respected member of the Ukrainian Atamans team was best know for competing in the World Series of Boxing’s super lightweight division. He also represented his country in various European boxing tournaments as a multi-time champion in his home country of Ukraine.

Prudky was working with Ukrainian special forces to defend his country from the attack that ultimately took his life. Three other men also lost their lives defending against Russian forces in the region of Cherasky. Prudky leaves behind his wife Mariana and their two daughters. Mariana took to Instagram to pay tribute to her fallen husband.

“it takes away the best !! I don’t believe, I don’t believe that you are no more… What I won’t hear: – Good morning darling! I’m fine! How are the girls? And the most important thing is that you will never tell me again – I LOVE you…. you are adored and asked every time, and when dad comes…. How can I tell them that they will never see you again…You were an example for your friends and brothers !! You are my ANGEL! I LOVE YOU VERY MUCH!!”

The Cherasky Boxing Federation shared its condolences to the family and friends of Prudky in a post on Instagram.

President of the Federation, Serhiy Tyshchenko shared memories of Prudky and detailed the significant role he played in Ukrainian boxing.

“I remember now how your coach told you how eager you were to do boxing and cycling for tens of kilometers to get to training,” Tyshchenko. “I remember how we supported you at the competitions of ‘Ukrainian Atamans’, then a whole bus from Cherkasy came to support you and you won! Everyone remembers your incredible fights. You are the first in the history of Cherkasy boxing to win gold in the 60kg weight category.

“Oleg was a two-time champion of Ukraine and a master of sports of international class,” he added. “Your victories and achievements are hard to count, you were a very persistent and hard-working athlete, you trained a lot. You have been a worthy example for future generations. It is very difficult to accept such news every day – an irreparable loss for our boxing family. I express my sincere condolences to the boxer’s family. Cursed war, takes away the best sons of Ukraine! Eternal memory, rest in peace friend! Heroes do not die!”

Since the Russian invasion of Ukraine began, multiple Ukrainian boxers have put their careers on hold to defend their home. Former heavyweight champions, Wladimir and Vitali Klitschko have stayed to fight for their country alongside WBA, IBF, WBO and IBO heavyweight champion Oleksandr Usy and Bellator welterweight champion Yaroslav Amosov.