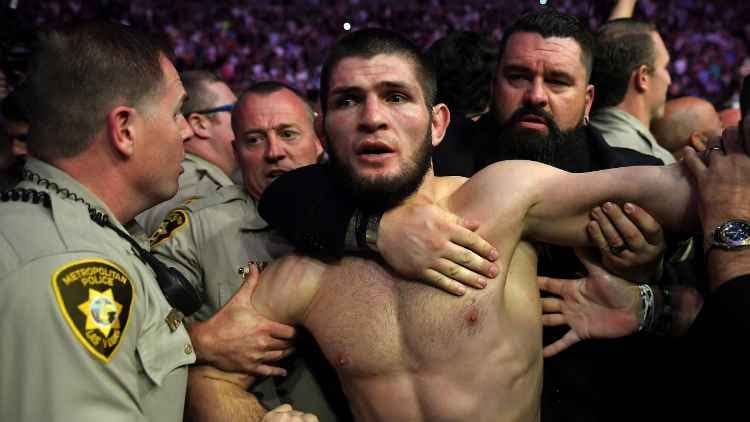 The Nevada State Athletic Commission (NSAC) has issued a statement on the buzzing Khabib vs. McGregor brawl at last weekend’s (Sat., October 6, 2018) UFC 229 from Las Vegas.

Earlier tonight, the news was released that the NSAC would pursue complaints against both Nurmagomedov and McGregor. It was a bit of surprise in that Khabib’s purse had been withheld while McGregor’s was released. Nurmagomedov infamously jumped over the cage wall to attack McGregor’s training partner Dillon Danis. McGregor’s coach recently detailed what Danis did to start the brawl.

The UFC 155-pound champion still stands to face fines, a potential suspension, and possibly even having his title stripped. Khabib and ‘The Notorious’ will appear before the commission in November. Building on chairman Antony Marnell’s words from earlier today, the NSAC issued a statement on the brawl:

The Nevada State Athletic Commission’s (Commission) primary function is to regulate unarmed combat within the State of Nevada. The events that occurred on October 6, 2018 at the conclusion of the Nurmagomedov-McGregor contest—the main event of UFC 229—are currently under investigation by the Commission’s Executive Director, Bob Bennet. Neither the Commission nor its staff, including Executive Director Bennett, will comment on matters under investigation.

Three of Khabib’s teammates simultaneously jumped into Octagon to fight McGregor as Khabib battled Danis. Those men were reportedly arrested, but McGregor ultimately refused to press charges. The Las Vegas Metropolitan Police Department (LVMPD) issued their own brief statement that the fights were small and resulted in no arrests:

LVMPD officers assisted with breaking up several small fights that took place after Saturday night’s UFC main event in Las Vegas,” the statement read. “After all parties were separated, no one involved wished to press charges and no arrests occurred.

UFC President Dana White was firm that Khabib’s teammates would never fight for the UFC again.

One of those teammates allegedly involved, featherweight Zubaira Tukhugov, boasted he had “slapped McGregor as promised” anyway. Chairman Marnell said the NSAC had their eyes on this man and knew where he was located.

So the fallout from one of MMA’s craziest scenes is still very much in motion. What will it end with?